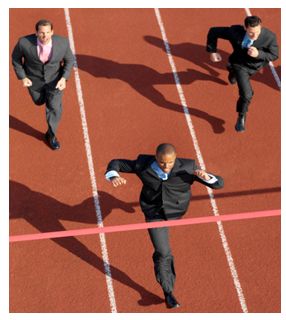 Will tomorrow’s aspiring startup staff need to sharpen their elbows?

Power has become a dirty word in a culture which favours cooperation over competition, so will this leave future recruits imagining that they’ll be able to avoid office politics by joining a startup?

This Stanford professor argues that we need to equip the next generation with the tools for securing and handling the power they will need in order to realise their potential. He feels that working in a startup is not a way of avoiding this: as far as he is concerned, in the context of power, startups and established organisations pose exactly the same kinds of challenges.
He recognises the value of self-desensitisation (to ‘wanting to be liked’) on the road to power, but he also identifies insensitivity as a potential shortcoming of those who achieve it.

Millennials Are “Amazingly Unprepared” for the World of Power


The current generation is less ready to join the workforce because they’ve been shielded from competitive situations while growing up.

This leaves the reader of his book with a dilemma: if you obtain power at the expense of others, is it worth it – will this leave you with the power you seek, but also leave you feeling so guilty, insecure, selfish and callous that you wish you hadn’t bothered?

The answer is that this book helps you appreciate the value of being clear about what you want and approaching the conduct of relationships with others based upon this clarity of purpose.

Once armed with this unsentimental objectivity, you are no more or less absolved of the moral considerations you need to weigh up regarding how to reconcile the value that you give to their interests with the value that you place upon your own.

How to clarify our objectives and interactions (by being realistic, rather than sentimental about how power can be won and lost) is unquestionably valuable and reviews (here’s one which I have read) of this book (which I have yet to read) suggest that the book does a very good job of addressing this requirement.

However, cooperation and collaboration are becoming widely recognised as valuable, perhaps even essential resources in the world of innovation and startups, and so perhaps an important question in this context is not merely how to obtain power, but how to share it and how to make it a sustainable resource.

It is possible that the understanding of the dynamics of power in the world which Pfeffer describes, a world where there is always just one CEO, one person in charge, is essential, even if the future of power (a world of socially mediated activity, perhaps?) might turn out to be significantly different and require an additional set of power tools.

Here are some details on Jeffrey Pfeffer:

Jeffrey Pfeffer, Ph.D., is the author of Power: Why Some People Have It and Others Don’t and 13 books on management.

He is a professor of organizational behavior at Stanford University’s Graduate School of Business.

Pfeffer has taught both elective and core classes in human resource management and the core course in organizational behavior.

When he joined the Stanford faculty, he developed an elective on power in organizations.

First called Power and Politics in Organizations, some years ago the class was retitled The Paths to Power.

The elective has been consistently popular, with Pfeffer teaching two sections per year and, over the years, other colleagues teaching sections as well.

Pfeffer has written cases on how individuals acquire power and manage their careers, including cases on Keith Ferrazzi, Zia Yusuf, Jeffrey Sonnenfeld, and Laura Esserman.

Pfeffer has given talks in 34 countries around the world and has taught management seminars for numerous companies and associations in the United States including Sutter Health, theMayo Clinic, Kaiser Permanente, John Hancock, Hewlett-Packard, and the Online Publishers Association.

Although he is probably most famous in academic circles for developing resource dependence theory (The External Control of Organizations: A Resource Dependence-Perspective), he has done theoretical and empirical research on the subjects of human resource management, power and politics in organizations, evidence-based management, the knowing-doing gap, leadership, stratification and labor markets inside organizations, the sociology of science, how and why theories become self-fulfilling, the psychological relationship between time and money, and economic evaluation.

He has written more than 125 articles and book chapters.

Pfeffer has won numerous awards for his articles and books.

He was elected a fellow of the Academy of Management more than 20 years ago, was a fellow at the Center for Advanced Studies in the Behavioral Sciences, and has won the Richard D. Irwin award for scholarly contributions to management.

Pfeffer has served on the boards of several human capital management companies including Resumix, Unicru, and Workstream.

He also served on the board of publicly-traded Sonosite (SONO) for ten years and on the boards of private high-technology companies Actify and Audible Magic.

He is currently on the board of directors of two nonprofits: the San Francisco Playhouse and Quantum Leap Healthcare.

For five years, Pfeffer wrote a monthly column for the Time-Warner magazine, Business 2.0.

For almost three years, he wrote a career advice column for Capital, the leading economics and business magazine in Turkey.

He currently writes a bi-weekly blog for BNET/CBS Interactive as well as an occasional contribution for the online On Leadership section of The Washington Post.

Here’s an interview with him about his current book:

What if you made startups exempt from ALL corporate regulation?

What are video games turning us into?