> Technology > Web & Consumer Tech > What’s the impact of crowdsourcing on the media? 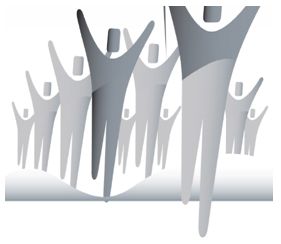 What does crowdsourcing mean to an editor? Asking the audience. Doesn’t sound so radical, does it? But within mainstream media, the very term is plagued by controversy. This revealing video gives the view from some leading pioneers, both in the back room and on the front line.

The video offers a fascinatingly insightful journey into the wide variety of different ways that both mainstream media and ‘citizen journalists’ are responding to crowdsourcing opportunities.

Here’s the description of the session. Crowdsourcing: Hosted by the NY Times from Social Media Week New York (February 5, 2010)

A look at the innovative ways that journalists, bloggers, developers and news organizations are using social media and technology to involve more people in the creative and news gathering process.

Rachel Sterne, CEO of GroundReport, an online citizen journalism-based news service (at the time of writing this, the YouTube page does not mention Rachel and instead sys that says that Amanda Michel, editor, distributed reporting, ProPublica was on the panel).

A quick Wikipedia check of Jay Rosen will show that he is well qualified to talking  about crowdsourcing in the media. His book What Are Journalists For? was published in 1999.

His works have appeared in The New York Times, Salon.com, Harper’s Magazine, and The Nation. His blog is called PressThink, It won the Reporters Without Borders Freedom Blog award in 2005. He also contributes to The Huffington Post. He collaborates with Dave Winer on  a weekly podcast called “Rebooting the News,”

When social innovation is a matter of life and death

Shapeshifting is no longer science fiction