> Global View > The Americas > What if the synapse isn’t really doing what we think? 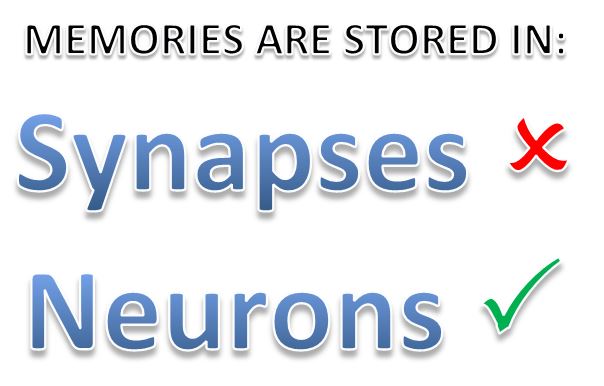 What if the synapse isn’t really doing what we think?

It’s hard to find a more profound challenge to a central tenet of neuroscience: in our so far unrewarded struggle to locate our elusive memories within the junctions between brain cells, shouldn’t we also be looking inside the neuron itself?

Everything you learned in your textbooks told you over and over that memory and computation is all about synapses, but Gallistel says:

By the way, there is something potentially even more important (perhaps seminal?) about this video.

Although this video initially appears to follow the time-honoured (and nowadays TED talk perpetuated) tradition of having a noted erudite speaker talk with passion and eloquence about their latest and most intriguing discoveries, ideas and activities, it then proceeds to do something much less conventional.

The first talk is followed by another, also given by a distinguished researcher in a closely related field, who presents a robust challenge to the first speaker’s talk.

As if this wasn’t a sufficiently unusual (and thought provoking) departure from established science talk video (and university speaking engagement) conventions, after the applause for the second talk has died down, things proceed to an even more riveting climax as the two battling professors then proceed to take the stage together and get into a live (and lively, but good natured) debate point by point (they also share the audience Q and A at the very end).

Can a synapse (or a network of synapses) store a number? (Gallistel says that there is no experimental evidence that it can).

This ‘friendly but adversarial’ format doesn’t just ‘spice things up’, it genuinely strengthens the viewer’s engagement with important controversies and the debate which surrounds them.

I’ll finish off by listing the honors that each of these two speakers have accrued in their respective careers, just in case you were wondering just how deserving this video was of your attention:

The event in the video was:

“It’s The Neuron!” How the brain really works

A tale of two planes