> Global View > The Americas > Someone please tell me I’m not the only one! 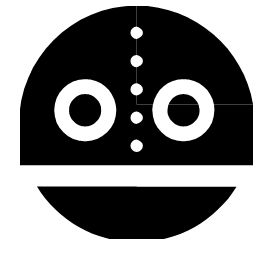 Someone please tell me I’m not the only one!

This video about replacing yourself with a robot seriously creeps me out. But I still want to try it.

You can just imagine the office of the future without a single human, and loads of these. Oh, and what about the pranks?

The firm that makes the robots, Willow Garage, is a prominent advocate of open source robotics.

Here is a much more recent and in my view more congenial Willow Garage offering:

But here at the iij, we love to find stories about people kick-starting innovation and these guys definitely seem to be scoring on that front, giving away millions of dollars worth of their robots.

Is this just innocent and virtuous, or was this really the robots’ wicked idea to proliferate themselves?

Here’s the (huge) Willow garage press release on the giveaway:

The item to the left of this box is a press release.

It is issued on behalf of the main organisation it mentions.

It announces matters and events which they wish to bring to your attention.

Willow Garage, a company dedicated to designing robots and developing open source robotics software, today announced that it will award 11 robots to 11 institutions and universities worldwide which will make rigorous and creative use of the robots.

The robots, which will be given away this month, are the new PR2s (Personal Robot 2’s), an open and robust hardware platform developed by Willow Garage.

Today’s launch of their important PR2 Beta Program is the start of a new long-term initiative to enable scientific breakthroughs in personal robotics and to accelerate research.

Each participant in the program will contribute their research to the open source robotics community so that the community as a whole can build on each other’s results.

The PR2 Beta Program is a two-year program in which the selected institutions will pursue their research and development goals as well as meet regularly to share their progress and explore new applications together.

The PR2 Beta is a robust robot platform that includes a mobile base, two arms for manipulation, a rich sensor suite and sixteen CPU cores for computation.

The total value of the PR2 Beta Program robots is more than $4 million.

“We were overwhelmed by the response as well as the high caliber of submissions,” said Eric Berger, Co-Director of the Personal Robotics Platform Program.

“We were thrilled to see a wide range of proposed research and application areas and had such a difficult time selecting only ten of the proposals that we added an eleventh recipient in the final hour.”

Each PR2 comes pre-installed with the free and open source ROS robotics framework, which offers full control of the PR2, including libraries for navigation, manipulation, and perception.

By making the PR2 platforms available to researchers and developers, Willow Garage hopes to:

•    explore new applications for personal robots that may never have been possible without community and institution contributions.

Because the ROS platform is open source, robotic developers avoid wasting time rewriting software from scratch that may already exist on other platforms.

Earlier this year, a graduate student at Berkeley University worked with a PR2 robot.

Within two months the robot was folding towels with impeccable accuracy.

Imagine what could happen when 11 institutions have 11 robots for two years, with many more students per robot.

The work is being contributed back into the open source community, which only further expands the development efforts and helps to expand on new ideas and projects.

Consider the industries that could benefit from advancements in personal robotics, ranging from retail, healthcare and automotive to homecare, manufacturing and housework/daily tasks.

How the Idea Became Reality:

On January 15, 2010, Willow Garage invited proposals from organizations interested in using the PR2 to highlight how they would develop on the open source robotic platform.

78 proposals were received from institutions and universities around the world, from which only eleven were selected to participate in this exciting beta program.

The selected proposals include three in Europe and one in Asia, which truly makes this an international program.

Willow Garage’s goal is to facilitate progress in the area of personal robotics by developing initiatives such as this one, sponsoring community-building activities and events, as well as through internship programs and with visiting scholars.

The PR2 robotic platform evolved from the PR1 prototype robot in Professor Ken Salisbury’s Lab at Stanford University in 2007.

“By investing in open source and open platform adoption models, we aim to lay the groundwork for the use of personal robotics applications in everyday life.”

And the Lucky 11 Recipients Are:

*    Albert-Ludwigs-Universität Freiburg with the proposal TidyUpRobot

The University of Freiburg will program the PR2 to perform tidy-up tasks such as clearing a table, while also working on difficult underlying capabilities such as understanding how drawers and refrigerators open and how to recognize different types of objects.

Bosch will bring their expertise in manufacturing, sensing technologies and consumer products.

In addition to software contributions, Bosch will be making robotic sensors available to members of the PR2 Beta Program, including a limited number of “skins” that will give PR2 the ability to feel its environment.

*   Georgia Institute of Technology with the proposal Assistive Mobile Manipulation for Older Adults at Home.

The Healthcare Robotics Lab at Georgia Tech will be placing the PR2 in an “Aware Home” to study how robots can help with homecare and creative assistive capabilities for older adults.

KU Leuven in Belgium is a key player in the open source robotics community.

As one of the founding institutions for the Orocos Project, they will be improving the tools and libraries used to program robots.

They will also be working on getting the PR2 and people to perform a task together, such as carrying objects in a crowded environment.

*    MIT CSAIL with the proposal Mobile Manipulation in Human-Centered Environments

The MIT CSAIL group will use the PR2 to study the key capabilities needed by robots that operate in human-centered environments, such as safe navigation, interaction with humans via natural language, and planning for complex goals.

Without a good map, a robot is lost.

Their work will allow robots to build the maps they need in order to move around in buildings as large as MIT’s 11-story Stata Center.

*    Stanford University with the proposal STAIR on PR2

The team will work on several applications, which include navigating a building, identifying objects, retrieving items scattered about a building, and clearing a table after a meal.

TUM will research giving PR2 the artificial intelligence skills and 3D perception to reason about what it is doing while it performs various kitchen tasks.

These combined improvements will help PR2 perform more complicated tasks such as setting a table, emptying a dishwasher and other kitchen-related tasks.

*    University of California, Berkeley with the proposal PR 2 Beta Program: A Platform for Personal Robotics

The PR2 is now known as the “Towel-Folding Robot”, thanks to the impressive efforts of Pieter Abbeel’s lab at Berkeley.

In two short months they were able to get PR2 to fold fifty towels in a row.

Berkeley will extend on its work with the PR2 folding towels and tackle the much more difficult challenge of doing laundry, from dirty laundry piles to neatly folded clothes.

In addition, Berkeley’s team is interested in assembly and manufacturing tasks through learning by demonstration.

*    University of Pennsylvania, GRASP Laboratory with the proposal PR2GRASP: From Perception and Reasoning to Grasping

The GRASP Lab proposal aims to tackle a variety of challenges, including tracking people, planning in the presence of moving obstacles, and planning for tasks such as opening spring-loaded doors.

They will also develop systems that allow people to control the robot using a motion capture system, and provide the PR2 with a tool-belt that lets it change it’s gripper on the fly.

USC has already developed software that enables teaching the PR2 basic motor skills so it can adapt to different situations, such as the motions necessary to pour liquid into a cup.

They will continue to expand on this work in imitation learning and building and refining skill libraries, while also doing research in human-robot interaction and tools to use sensors more accurately.

The JSK Lab’s goal is to see robots safely and autonomously perform daily, human-like tasks such as retrieving objects and cleaning up environments.

They’ll also be working on getting PR2 to work together with other robots.

The Jouhou System Kougaku (JSK) laboratory at the University of Tokyo is one of the top humanoid robotics labs in the world.

Based in Silicon Valley, Willow Garage is a company dedicated to designing robots, developing open source robotics software and the advancement of the open source personal robotics community.

The ROS software that Willow Garage contributes is BSD-licensed, making it completely free for anyone to use and change, and free for other companies to commercialize on.

A major key goal is to enable robotics innovation and ensure that the adoption of robotic technologies is a transparent process with positive societal impact.

Willow Garage actively engages research labs and companies as partners, collaborators, customers and advisors in the development of both their hardware platform and open source software, and also supports researchers who would not otherwise have the bandwidth or funding to open source their work.