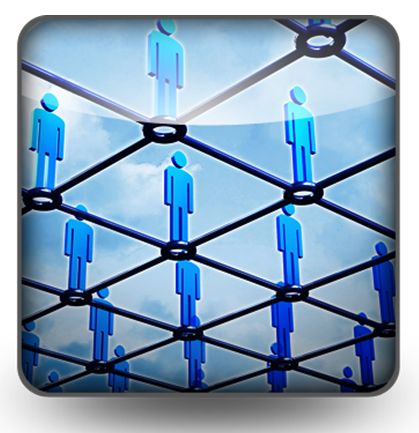 Education, prepare to meet thy maker

If you’d kept an eye on this man over the years, you’d have had an inside track on many things, long before they became important. Now he’s turning his mind to the future of education

Dale Dougherty is responsible for coining the term Web 2.0

According to Wikipedia, Dougherty’s responsibility for the term is ‘contrary to popular perception’; personally I had always thought that this term was Tim O’Reilly’s idea, but according to this page it came up in a brainstorming session with both O’Reilly and Dougherty).

A ‘Smart Grid’ can provide an open, alternative platform that connects students to the informal education community.

Eventually, it could connect schools to this community as well.

Students will no longer be consumers of standardized education.

They can become producers of an education that they create for themselves.”

He was also responsible for the first (advertising supported) commercial website and responsible for (or at least closely associated with) the introduction of the banner ad.

Here is his profile on the O’Reilly site:

Dale Dougherty is the editor and publisher of MAKE magazine, and general manager of the Maker Media division of O’Reilly Media, Inc.

Dale has been instrumental in many of O’Reilly’s most important efforts, including founding O’Reilly Media, Inc. with Tim O’Reilly.

He was the developer and publisher of Global Network Navigator (GNN), the first commercial Web site, which launched in 1993 and was sold to AOL in 1995.

Dale was developer and publisher of Web Review, the online magazine for Web designers, and he was O’Reilly’s first editor.

Prior to developing MAKE, Dale was publisher of the O’Reilly Network and he developed theHacks series of books.

Dale is the author of Sed & Awk.

Make is an American quarterly magazine published by[1] O’Reilly Media which focuses on do it yourself (DIY) and/or DIWO (Do It With Others) projects involving computers, electronics, robotics, metalworking, woodworking and other disciplines.

The magazine is marketed to people who enjoy “making” things and features complex projects which can often be completed with cheap materials, including household items.

The magazine is subtitled “technology on your time” It is also available as an e-zine and Texterity digital edition on the Web, on subscription or free of charge to existing magazine subscribers.

The HTML-based e-zine allows for searching and includes additional content such as videos, with freely accessible blogs, podcasts and forums also available in the website.

The e-zine also allows limited sharing of articles with friends.

The magazine has photo essays on projects as well as regular columns on the world of technology and reviews of books and tools.

Most volumes have a theme to which the main articles are usually related.

Bruce Sterling is a regular columnist for the magazine, as is Cory Doctorow.

Lee D. Zlotoff contributes a competition in each magazine which he judges.

Maker Faire’s mission is to inspire, inform, connect and entertain thousands of Makers and aspiring Makers of all ages and backgrounds through the public gathering of tech enthusiasts, crafters, educators, tinkers, hobbyists, science clubs, students, authors and commercial exhibitors.

The inaugural Maker Faire was held in San Mateo, California in 2006, and in May, Maker Faire celebrated its 5th annual Bay Area festival.

As Maker Faire continues to grow in popularity and relevance, Maker Faire has expanded to Detroit and New York City for 2010.

The company’s books, conferences and web sites bring to light the knowledge of technology innovators.

Gov 2.0 Summit presents “Opening the Door to Innovation” as this year’s event theme.

The entire program is dedicated to learning about the latest technology and its application, and breaking down the barriers to its adoption.

Innovators from government and the private sector will come together to highlight technology and ideas that can be applied to the nation’s great challenges in areas as diverse as education, health care, energy, jobs, and financial reform.

Modeled after UBM TechWeb and O’Reilly’s Web 2.0 Summit, the Gov 2.0 Summit will be limited in size, and focused on strategy and networking.

The format will be a two-day executive-level conference featuring insightful on-stage interviews with senior officials and executives, ground-breaking case studies and networking events.

The Gov 2.0 Summit is a companion event to the annual Gov 2.0 Expo.