> Technology > Competing with Apple: what’s it like being Nokia? 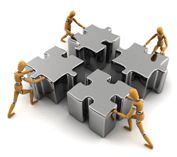 Apple may have reinvented themselves as a phone company, but that doesn’t mean that Nokia can’t try to reinvent themselves too, so the question is this: what do they want to become?

The mobile universe is so ferociously turbulent at moment that it makes the preceding decade of upheavals look almost tranquil by comparison. This is a refreshingly frank insight from a Nokia insider.

Mary is responsible for optimizing Nokia’s strategic capabilities and future growth potential, including key ecosystem relationships as part of Nokia’s commitment to open innovation and collaboration.

When anyone in as pivotal a position as this is prepared to use words like “painful” to describe Nokia’s experiences, you know it’s required watching

She is also responsible for managing certain operational elements of the integrated company and in this role oversees Nokia IT.

Mary is a member of the Nokia Group Executive Board, a position held since 2004.

Tuck Business School have done two more interviews with her:

She is a frequent public speaker on topics including mobile and Internet industry convergence, open ecosystems, strategy leadership, and consumer centricity.

Mary joined Nokia in 2004 as Executive Vice President and General Manager of Enterprise Solutions, with responsibility for the development and go-to-market of Nokia’s range of enterprise products and solutions.

She was identified as of the 10 “Top Women in Wireless” in July 2008 by Fierce Wireless.

A 17-year veteran of HP-Compaq, Mary has a successful track record in building new business and is widely respected as an industry innovator.

Prior to joining Nokia, Mary served for five years as Senior Vice President and General Manager of Industry-Standard Servers at Hewlett Packard and Compaq, a multi-billion dollar business and the world’s largest server franchise.

In this role, Mary had worldwide P&L responsibility for HP’s ProLiant server business, which held the number one position in a highly competitive market for over a decade.

Previously she held a variety of senior management roles.

She joined Compaq as a systems engineer in 1986.

Mary holds a bachelor’s degree in computer science from the University of Illinois.

The interview is from a session called:

This session was held at an event called:

This is part of a series called Tech @ Tuck

Which is in turn part of a series called:

This is a program of MBA-facing initiatives including panels and conferences, Tech@Tuck events, industry speakers and academic seminars focused on a yearly theme, illuminating the impact of a technology on an in.

At the end of each year, the Center produces a multimedia overview summarizing learning from the various events and providing students with tangible perspectives on the relevant business and technology issues.

Why not join an online-only socially-distanced startup?

Would replacing some bankers with meteorologists have prevented the crisis?