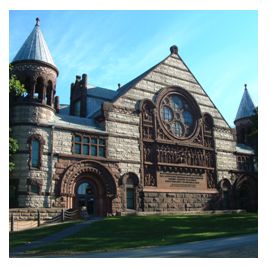 A superb panel video from Princeton covers just about everything: angel investment, venture capital, intellectual property as well as the academic, engineering and technology licensing perspectives

They’ve even got the political aspect covered, with a moderator who used to be a US congressman and now teaches entrepreneurship at this Ivy League college.

The event was called:

In conjunction with the Jumpstart New Jersey Angel Network, Drinker Biddle & Reath, and the Office of Technology Licensing, the Keller Center hosted a panel discussion on technology commercialisation of university scientific and engineering inventions.

This event was the third in the Princeton Jumpstart Lecture Series on Technology Entrepreneurship for the 2009-2010 academic year.

The diverse panel was be moderated by Professor Ed Zschau, who has been an entrepreneur and a venture capital investor, as well as a two- term U.S. congressman who currently teaches the popular High-Tech Entrepreneurship course at Princeton.

What is “pull” education and why does it matter?

Car healthcare arrangements? Incredibly better than our own