> Technology > Web & Consumer Tech > Are some things just too personal to share? 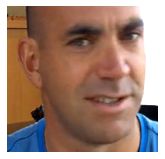 Your most private functions may soon not be quite so private

Leading French blogger, Loic Le Meur sees the availability of public access to information about bodily functions as an inevitable extension of people’s preparedness to share personal data, as evidenced by a French weighing machine that allows you to share your weight using WiFi and an iPhone app.

‘Writing apps for your TV is cool but nothing compared to Your body API. Where is the iBody appstore?’

In the video and the blog post he talks about:

Kevin Rose (of Digg fame) talking about TVs: Why Apple’s iTV Will Change Everything

A WiFi weighing machine/scales called Withings (which also comes with its own smartphone app).

Here’s a video of the iPhone version:

A smartphone App (and community) for runners called RunKeeper

Here’s an interview that Robert Scoble did at TechCrunch Disrupt New York in May 2010 with Mike Sheeley, COO of FitnessKeeper who make RunKeeper

Something Loic refers to (metaphorically perhaps?) is the iToilet, which turns out to exist (at least it does in Japan: the link is to a story in French).

The prediction of the ‘iBody API’ as Loic calls it, it something he credits to legendary inventor Ray Kurzweil in his bestselling book The singularity is near