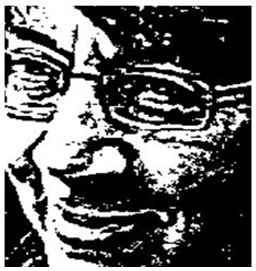 For some unfathomable  reason, we’ve never covered anything on games design luminary Will Wright, and if that wasn’t bad enough, we never even knew that his latest major project wasn’t even a game.

It’s a TV series that makes the way other TV shows are scripted look positively archaic. I’m not sure that words like ‘crowdsourcing’ or ‘democratic’ really do it justice, but this recent interview comes closer to doing just that.

Even if you only watch ten minutes of this video, you’ll soon be convinced you’re in the presence of one of the world’s truly creative minds. The sheer rate at which new ideas are coming at you is often pretty intense.

There’s nothing new about collaborative fiction (I’m told it goes back at least to the Dadaists of the 1920s) but what is special here is that the ‘output format’, a conventional (but not that conventional) TV series called Bar Karma is not overtly ‘contaminated’ by any of the social media-driven mechanics of the script development process. There is a deliberate and systematic strategy of ensuring that the TV episodes are produced with ‘professional production values’, as well as employing an ‘editorial firewall’ intended to prevent any ‘amateurishness’ creeping into the end-product.

William Sanderson, one of the characters (the toymaker J.F. Sebastian) in the blockbuster movie Blade Runner, appears in a critically acclaimed leading role in Bar Karma, adding a stamp of professionalism which the series’ producers are unequivocally seeking as a counterbalance to terms like collaborative, community produced, user-generated, interactive, transmedia, democratic or experimental.

They obviously aren’t embarrassed by these aspects, but they do want this to be ‘great TV’, judged upon its appeal as good viewing material, rather than the fact that it happens to be being put together in a new and ‘participatory’ way. They just don’t want to create content whose audience is mostly restricted to participants in the creative process. So how do you successfully combine large scale participation and narrative creativity with the production of content which has bigger audiences? The TV network they’re on is small, so the results may be hard to assess.

However, from the innovation side of things, there isn’t much about this production that isn’t impressive. Aram Zucker-Scharff, head of new media at journalism mentoring site UPI University, who reviewed the Bar Karma StoryMaker tool in significant depth from a transmedia perspective, offers some insight into the attention paid to this.

“I’ve spent a few weeks exploring the Bar Karma site, even trying out its iPad application. It is no exaggeration when I say that Storymaker is one of the most fascinating story-building tools I’ve ever seen. It provides excellent functionality in three areas: story-building, contribution display and community management.”

Here’s a TED video of a talk given by Will in 2007. As a further contrast to his interest in the games (like The Sims) for which he’s famous, in this session, he starts off talking about the future of toys.

Yeah, like, there’s this professor that GROWS electrical kit

Is procedural synthesis just a mirage?

Would replacing some bankers with meteorologists have prevented the crisis?