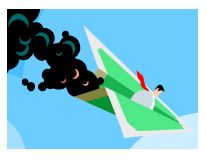 Maybe it’s just something that nobody wanted to talk about. Large organisations had, over the years, paid countless professors to study the shortcomings of large organisations, leaving the trials and tribulations of the startup unstudied, waiting for Steve Blank to one day notice something shockingly consistent about the way most startups spin out of control

He also discovered a surprisingly effective solution. But as you’ll learn in this video, it doesn’t work for certain kinds of startup, such as those in Biotech.

I went looking for events that Steve Blank had been involved in since he gave that interview, and I discovered an extraordinary conference called FailCon.

Here’s an extract from the introductory news release:

Silicon Valley has long felt the sting of failed ventures, yet before 2009, no forum existed to discuss what went wrong. FailCon Executive Producer Cass Phillipps and Associate Producer Diane Loviglio envisioned an entirely new technology conference where veteran and budding entrepreneurs could share their challenges and best practices. NBC called the first FailCon a “breath of fresh air,” and Wired labelled it a “big success.”

“With the economy looking a little better than it did last year, we’ve returned to help remind everyone that  ****  happens, so we might as well face it with a professional smile,” explains Phillipps. “I’ve just attended too many events that regurgitate the same success stories over and over. I realized I can’t do what those people did right – that takes a lot of luck, too. But I definitely can avoid the things they did wrong. So why aren’t they talking more about that?”

Here’s an interview with FailCon founder Cassandra Phillips, who talks about why some people hated the idea of this conference:

The interview is by David Perry on the Comcast 10 Percent network program.

Ron Conway, archangel, on video, on how it all began