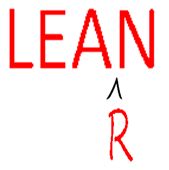 Yes, it’s Eric Ries classic ‘Minimum Viable Product’ presentation. It’s so absorbing  that you soon stop noticing the jitters. Oh, and no, you can’t even cheat by just listening to it. There are slides. And if you saw it in 2009 but you did nothing about it, shame on you, it’s time to watch it again.

I’ll be honest, watching this can make you feel ill, and it’s got nothing to do with the unsteadiness of the camcorder. I once got very close to a project which seems uncannily similar to the nightmarish venture which gave Eric his epiphany. Despite embodying a strikingly visionary approach and having beta customers who were convinced it would change the world, well, to quote Eric, it ‘ran out of runway’. My heartbreak was in no way relieved by watching him describe something which would have prevented that.  Lessons learned?

Ok, so now we’ve succeeded in getting you to torment yourself (in a good way) with bad visuals which force you to ask yourself devastatingly important questions about the way that you’ve been doing things, are we going to let up the pressure?

Nope: this next one is a full, audio commented slide show about how to start a project using the ‘Minimum Viable Product’ as a base. The bad news? No shaky camcorder this time, but the sound quality on this video as bad as the visual quality was in the last video. But you weren’t deterred last time and it was unquestionably worth it, right? So trust me and watch this.

If anything, that second video is more important than the one before. From my perspective, this video makes me feel even worse than the first one did, because Eric starts by defining a startup in a way that takes a ‘definition of a startup’ that I spent many months and tens of thousands on a project ‘scientifically proving’ and flushes my startup definition (‘Small, New, Independent and Private’) straight down the toilet.

The Eric Ries definition of a startup:

Nothing to do with size of company, sector of the economy, or industry

What Eric’s approach addresses is the need to reconcile the unquestionably (motivationally, at least) valuable, but almost inevitably overwhelming and self-deluding power of the vision of a potential ‘solution’ with the ultimate realities of a need to solve a practical problem.

The challenge is that the sheer psychological power of the ‘foundational vision’ tends to result in dysfunctional ‘risk mitigation strategies’ (which take the form of ‘obsessive functional specification disorder’ DSM-IV code V62.3).

All Eric is doing, is replacing what may be in many cases an irrational response to perceived risk (‘perfectionism’ and ‘completism’, despite not having any validated benchmarks of perfection or completion in the relevant context) with a rational one (accelerating the iteration of learning opportunities).

Makers: isn’t it time to embrace and extend?

World record for the most innovations in a single experience?