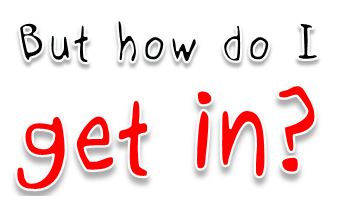 'How to', Global View, Innovation & Strategic, Investment, Startups, The Americas

Four questions that determine whether an accelerator should accept you

I tackle each of the main issues that she raises in the interview in the video.

Co-founder relationships:do the founders of your startup actually get along?

Founder matching is now a recognised startup investment and formation discipline, with its own systems, social networks, software, business models and startups (e.g., StartupWithMe, CoFoundify, Cofounderslab and FounderDating) addressing it as a lucrative and growing requirement.

In case you were wondering, ‘Solo-founder’ applicants to accelerators are now almost universally seen as profoundly problematic, so Drew Houston, as solo founder of what many consider to be Y Combinator’s ‘biggest hit’, DropBox is seen (especially by Y Combinator themselves) as an unrepresentative anomaly and is not accepted as being a reason not to insist on startups having co-founders.

Solo founders are seen as ultimately representing ‘too many eggs in one seed investment basket’ with no accommodation for illness, time to breathe or any other life-based crosswinds on the accelerated startup’s flight-path.

The lone founder may often feel and talk as if they’re an unstoppable one-person army, but accelerators are focussed on ensuring backup is there for when it’s needed and that founder burnout is not even more of an occupational hazard than it needs to be.

Then there’s the issue of ‘the rest of the startup team’ that raises questions, not just about the same issues as those which affect the founders, but about such things as ‘buried entanglements’.

Do, for instance, the ‘early hires’ (non-founder startup team members) have unexpressed but strongly felt ‘co-founder in all but name’ expectations, based upon a history of ‘unpaid and unspoken debts’ in terms of ‘service beyond the call of duty’ given to ultra low or non-paying penniless bootstrappers?

Such things only tend to surface unheralded and without fail when seven figure VC money is on the table.

This kind of ‘baggage’ needs to be either systematically teased out and addressed by the accelerator (in order to prevent them taking on startups whose unresolved founder conflicts only come to light when a VC shows sufficient interest) or in the absence of satisfactory answers, used as a basis for rejection.

Creativity track record: have they actually they made anything that they can show you that’s cool, and have they built something impressive for its own sake, to solve a problem, not just to sell it, but for fun, obsession, curiosity, just to see if they could do it?

The applying founder(s) may ‘talk creativity’ very impressively, but being able to look independently at what they’ve actually done can give the accelerator the kind of insight into what they’re actually capable of (and proud of) that no interview, no matter how probing and extensive, could ever fully reveal.

Notice that there’s a profound implication here: creativity is seen as an essential part of what the accelerator is ‘accelerating’ and investing in.

This goes way beyond the creativity represented by ‘the startup idea’ that the applicants are offering.

When taken together, both the idea and the ‘submitted creativity exhibit’ above, rather than being decisive in themselves, are seen as signs (which will still need further checking out) of something which is ultimately much more important to the accelerator than the ‘current viability/imaginativeness’ of the startup’s idea ‘at the time of induction into the program’.

The kind of creativity that an accelerator is looking for is pretty special.

It’s a kind of ‘meta-capability’, the kind of resource that will be the only thing that will have any chance of getting a startup out of trouble when the ultimate nemesis of genuine innovation strikes: the fact that when things go wrong, drawing upon experience is not an option: the creative founder will almost inevitably have to invent their way out of the problem.

The clues that the applicant has not got this unusual indispensable kind of creative capacity will be something an experienced accelerator will have developed a strong sensitivity for.

Flexible-mindedness: are they really open to new ideas, and not too stubborn?

This is especially important in an accelerator, because there’s something about early stage projects which make them voyages of discovery, so stubbornness can block out openness to exploring new possibilities which are opened up by discoveries made in the course of the program which the accelerator partners see as worth pursuing and a too-single-minded founder may reject out of hand.

This kind of inflexibility will be seen as having the potential to undermine the benefit of the collaborative and co-creative nature of the acceleration environment.

If it is detected at the application stage, will reveal the applicant as almost inevitably being unsuitable.

Being a true visionary in this context is not just about having a single vision, but about having the capacity to effortlessly envision limitless possibilities from an single newly-conceived idea.

An accelerator is not looking for someone who has a single great vision of a brilliant idea, but instead wants someone who has the kind of mind which has ‘innovative visions’ pretty much all of the time and loves exploring them more than just about anything else.

Determination/determinedness: have they got what it takes to see this thing through?

Paul Graham, Jessica’s husband, talks about this elsewhere as commitment.

The founders need to unequivocally demonstrate a strong tendency towards extreme perseverance, in order to convince the accelerator that they will be able to cope when things go wrong, or things are just much harder than they expected.

Watch out, they know only too well that some founders try to fake this!

The founders mustn’t get bored too easily, when boring work needs to get done and can only be done by them in person, or when things are moving along more slowly than they would like.

They mustn’t be too lazy, mustn’t get too depressed, mustn’t need breaks which are too long or too frequent.

They mustn’t be too easily distracted (a really tough one for those with creative minds) and mustn’t give in to procrastination, mustn’t tend to seriously lose focus or be too focussed too often or too irretrievably on irrelevant or low-priority things.

They must be able to juggle family, friends and lifestyle so that those things don’t get in the way, slow things down, or mess things up.

They mustn’t allow themselves to get confused too easily or give in to a need to party too hard too often, or stay under the influence when they need a clear head.

They need to want to find a way to manage their time well and to treat deadlines with respect and to treat the need to see promises to get back to people as being absolutely mission critical, in the face of things going seriously crazy all around them for long periods.

This determinedness is not just about motivation, but is more about personal discipline: it should go hand in hand with ‘the accelerated startup lifestyle’ and accelerators are always looking closely for warning signs that it isn’t really there.

Jessica talks about programmers, but I feel that this takes us into territory where there really are no more fixed rules that apply to all startups.

In those circumstances, things like website development are mostly outsourced anyway and the skills required to handle this turn into managerial ones which, if the founders have the capabilities above, are something the accelerator can help them acquire relatively painlessly and any shortcomings on this front will probably not be seen as a basis for rejection.

Are there any other big questions that applicants need to tackle?

There’s one big one that many startups ask themselves.

How do I find and fix whatever’s wrong with my startup before I apply?

Check out people who have already been on the accelerator program that you’re thinking of applying to.

Alumni of previous batches of startups who have been on that program will usually be easy to find online, successful applicants almost always proclaim their triumph to the world.

Try to speak to a founder.

They obviously won’t be able to give you any reassurance that you will be accepted, but they will probably be able to tell if there’s something obvious that will be almost guaranteed to get you rejected, and if you manage to get them interested in what you’re working on, they might just give you some helpful tips that are going to be even more valuable to your startup’s future than ‘how to get into an accelerator’.

My own pet theory is that the very best accelerator experiences turn most startup founders into capable future startup accelerators, irrespective of whether their accelerated venture succeeds or fails.