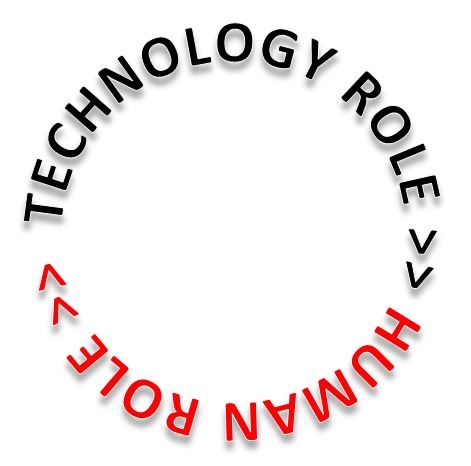 There was a point where professionals felt as if they were being turned into robots, forced to spend more time processing data about their patients than engaging with them as human beings.

That point has come and gone. It’s become the norm.

Pressures have not subsided, they’re continuing to increase.

Patient expectations are not falling, they’re rising: it’s just the unrealistic belief that they can always be met that is where this crisis really hits home.

The talk was called:

The talk was given at an event called:

It was was sponsored by the Stanford GSB’s Program in Healthcare Innovation.

The introduction was given by Robert Pearl, CEO of The Permanente Medical Group

The speakers were Vinod Khosla, Founder of Khosla Ventures, and Abraham Verghese, Professor for the Theory and Practice of Medicine at Stanford

There’s an article on the event by Stepanie Baum, East Coast Innovation Reporter for MedCityNews.com

They are being told they can have more, should ask for more, will almost certainly overload the system more, but that this isn’t their problem.

But if, like patients of yore, they actually do worry about being part of the problem, they probably won’t do anything until it’s too late, which make things even worse, because today’s skyrocketing cost of ‘late response’ inevitably hits the healthcare system harder than ever.

Somehow, the systems side of healthcare, as it has become more sophisticated, seems to have made things worse for patients and practitioners alike.

Practitioners are being swept along by an incessant tide of technological and social change, leaving patients stranded and often feeling helpless and neglected, despite being surrounded by supposedly helpful DIY resources which in reality just magnify the shortfall of direct, reassuring face to face human healthcare engagement.

In this talk, you’ll hear excoriating, detailed and statistically-backed revelations of the appalling shortcomings of human clinical diagnostic capabilities.

It is not comfortable stuff to listen to, whichever side of the healthcare fence you’re sitting on.

The more we find out about how we perform diagnostically, the worse we humans look as ‘helpful medical experts’.

By contrast, you’ll hear heartening endorsement of the value of direct human contact in healthcare: an unwell human couldn’t ask for a more valuable supportive resource than another genuinely caring human: finally a statistic that technology seems to have left unchanged, but all the more distressing for the fact that it is being unintentionally but systematically marginalised.

So humans are currently doing more of the thing that they do least well, which is to act like diagnostic computers, and at the same time seeing patients use the Internet to relieve them of the one thing that marks them out as exceptionally valuable to health: their physical presence.

Legendary startup investor Vinod Khosla is convinced that we are going to be handing much of our human involvement in medical diagnosis over to software and that the tomorrow’s ‘systems’ will be aimed at ‘clearing a path’ for any human who is engaged in offering to help another with their healthcare needs, especially when they are seriously unwell.

This way, the person doing the helping can focus exclusively on the person they are trying to help, rather than having to devote most of their time and attention to ‘the healthcare information system’.

And when they are involved in helping to diagnose a medical problem, humans will return to the time-honoured practices of the physicians of yesteryear: they will do the parts of that job that human hands, human senses and human conversation do best. Somehow, the thing which we used to call paperwork will need to find a technology-assisted way of taking care of itself.

This is an announcement

Who IS this guy?