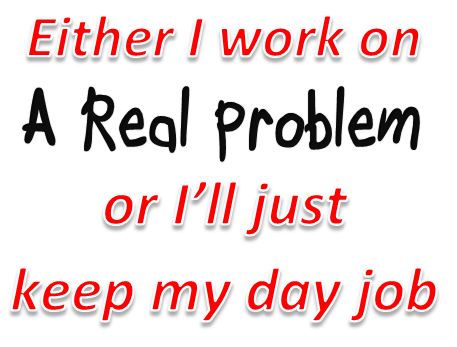 Shortages of easily-tackled unsolved problems are a first world problem: elsewhere, countless established ‘solutions’ are just unaffordable, each one a gift to any problem-seeking would-be entrepreneur

If you want to become a legend in startup innovation, you need a really juicy problem to work on, but the depressing truth you soon discover is that the best ones have all been cracked. It turns out that just about every one of those problems still desperately needs solving for billions of people in ‘underserved markets’ all crying out for you to come up with something they can afford and deploy in ‘adverse environments’: it’s called Frugal Innovation.

You won’t find anywhere more ‘first world’ than Silicon Valley, but at Santa Clara University they’re finding that there’s an abundance of ‘low hanging fruit’ in terms of pressing, often life-threatening problems which prove to be easily fixed using solutions which, although they’re way too primitive for our high-tech lifestyle, can completely transform the lives of those who live in places where almost every comfort we take for granted has, until now been an unattainable dream. It’s all about finding ingeniously cheap solutions to problems that we have already (expensively) solved.

The secret to becoming a successful ‘frugal innovation guru’ is not so much about putting together successful solutions, it’s more about finding suitable ‘frugality demanding’ problems.

It’s not a hard job in the sense of suitable ‘frugally unsolved’ problems being ‘thin on the ground’ (because they aren’t) or even being difficult to track down (because they exist just about everywhere except in the first world).

No, the hard bit is ‘getting out there’ and doing the necessary ‘innovation requirement anthropology’ (i.e., seeing the problems ‘at first hand’).

You’re going to need to get out of your cosy first-world startup co-working hub and make an excursion to somewhere that has problems that nobody (or at least, nobody with your own particular (almost certainly unique) problem-solving perspective) is tackling in a ‘locally appropriate way’.

Don’t worry, most of this world is still largely unexplored territory, in terms of innovation expeditions.

You’re quite possibly going to need help with the local language, but guess what, there are probably some local startups in the area you’re considering visiting that you can easily track down online, and they will almost certainly speak a mutually intelligible dialect of that international innovation lingua-franca, AngloAmeriGeek.

When you explain that you are interested in visiting and why, they will almost certainly be only too pleased to offer to meet you when you arrive and show you around.

They may even offer to do do a bit of interpreting for you (it’s a good idea to remember to amply reciprocate or repay any such generosity) when you take a tour of local industry and commerce in order gain insight into local problems.

It’s important to recognise that from their perspective they will almost inevitably see this as an opportunity to make contact with distant fellow startup founder brethren who could potentially help them with their own ventures.

If you feel nervous, remember that you can always make the effort to check out their bona-fides by also tracking down others who have already been there on similar fact-finding missions (or restrict yourself to only visiting places where others have done so).

Maybe you should think of such trips as ‘innovation exploration safaris’.

But what about doing this kind of innovation on a larger scale?

This is called Reverse Innovation, and here is it’s key protagonist:

An aspect that helps the intrepid startup founder avoid feeling overwhelmed by the sheer enormity of the challenge of ‘innovation that the remaining six billion inhabitants of the planet can afford’ is the fact that ‘cheap solutions’ are usually inspired by humble ‘improvised workarounds’.

In India, they have a Hindu word for this ‘improvisational practicality’ approach to problem solving and it’s called Jugaad, hence a book called Jugaad Innovation.

And if you’re wondering whether this emphasis on frugality, improvisation and ‘non-first world solutions’ is now dominating the world of ‘social impact innovation’, well, you might be in for a surprise.

That world has itself been undergoing a different kind of revolution, one where the participants providing social impact solutions are being expected to operate on a scale which is actually even bigger and more ambitious than current endeavours, rather than being (or at least starting) smaller or more humble than current schemes or solutions.

In stark contrast to the enthusiastic but modest startup-targeted approach above, words like frugal or improvised seem a million miles away from the vocabulary of the newly-invigorated institutional-scale social innovation advocacy that you’ll hear in the video below.

Here’s the info on all the videos above:

The second video was of Vijay Govindarajan being interviewed by Tom Keene on Bloomberg TV on April 11, 2012 about his book Reverse Innovation co-authored with Chris Trimble of the Tuck School of Business at Dartmouth.

The third video was Jaideep Prabhu, Professor of Indian Business & Enterprise and Director of the Centre for India & Global Business (CIGB) and Fellow of Clare College and based at the Judge Business School at the University of Cambridge and author of the book Jugaad Innovation

The fourth video was of Jason Saul on March 30th at The Skoll World Forum on Entrepreneurship 2012 in a panel session called: Beyond charity: from reports to returns, the full length version of the session is in a video here

Jason Saul is the Founder and CEO of Mission Measurement, a strategy consulting firm that helps corporations, non-profits and governments to measure and improve their social impact

Can entrepreneurialism be automated?

And so then you just reduce the scale by fifteen orders of magnitude…what?

Scientists, so impractical? The results are in: Commercial Targets: 0, Freedom: 1