> Technology > Web & Consumer Tech > What will Google do now search is suddenly dying? 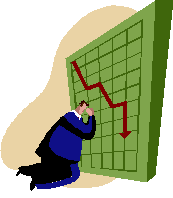 What will Google do now search is suddenly dying?

Investment legend Roger McNamee says mobile has already killed search. Smartphone users hardly use search. Is Google no longer the gatekeeper to the web, business, the world? Will Google+ put them back in the money? Does today’s ‘Facebook for business’ launch roll the dice once again?

Other disruptions the Silver Lake guy talks about include ‘how apps killed the web’ and ‘how HTML5 will revive it’, things which were nowhere near as unfamiliar to me as ‘the decline of search’.

I went looking for a video of a review (preview?) of Google Plus.

Just as I began doing that, Facebook for business was announced

Back to checking out what people think of Google+

Here are some of the leading reviews of Google+ on YouTube:

As well as the main features, Google did a few videos of their own covering ‘special aspects’ of Google+

Finally, it turns out that (until today) people thought that Facebook’s response to Google+ was ‘something completely different’ involving Skype Video Chat:

Here’s a brief extract of Roger McNamee’s bio (and a bit about Silver Lake and Skype) from Wikipedia:

McNamee joined T. Rowe Price as an analyst in 1982, after receiving his M.B.A. from the Tuck School of Business.

By 1989 he was leading the firm’s Science & Technology Fund, a period when the fund returned about 17% annually to investors and, in a move atypical for mutual funds, he made venture capital investments in Electronic Arts (which went public in 1989) and Sybase (which had its IPO in 1991).

Bill Gates wrote in his book The Road Ahead: “Roger was a great sounding board for many of the ideas I wrote about”.

Mark Zuckerberg (who met McNamee in summer 2006 at a time when Facebook reportedly had buyout offers of around $750 million) said McNamee was “emphatic” that Facebook not be sold; Zuckerberg stated he “clearly cared about building something long-term and about the impact of the things we build as opposed to just making money in the short term”, advice that Portfolio.com called “prescient”: in October 2007, Facebook sold just 1.6 percent of the company to Microsoft for $240 million.

Silver Lake was founded in 1999, at the height of the late 1990s technology boom to make private equity investments in mature technology companies as opposed to the startups pursued actively by venture capitalists.

Among the firm’s founders were Glenn Hutchins, who came from The Blackstone Group and served as a Special Advisor on economic and healthcare policy in the early Clinton Administration and previously worked at Thomas H. Lee Partners;

David Roux who had an operational and entrepreneurial background having served as Chairman and CEO of Liberate Technologies, executive vice president at Oracle Corporation and senior vice president at Lotus Development;

Jim Davidson who had led the Technology Investment Banking business at Hambrecht & Quist and Roger McNamee, who had previously co-founded Integral Capital Partners, a hybrid investment fund that made investments in publicly traded companies and venture capital investments in early stage startups.

The firm raised its first fund, Silver Lake Partners, with $2.3 billion of investor commitments. Silver Lake’s first fund was among the best performing funds of its vintage.

The firm’s second fund, Silver Lake Partners II was raised in 2004 with $3.6 billion of commitments.

In 2004, McNamee left Silver Lake to found Elevation Partners, an entertainment and media focused private equity firm, together with Bono.

In 2009 Silver Lake, Andreessen Horowitz and the Canada Pension Plan Investment Board announce the acquisition of 65% of Skype for $1.9 billion from E-Bay, valuing the business at $2.75 billion. In May 2011, Microsoft agreed to acquire Skype for $8.5 billion in cash.

And ultra-finally for completeness, a performance from the band (Moonalice)  that McNamee plays in (which is what he was referring to in terms of lack of sleep at the start of the first video):

Ok, ultra-ultra finally, for even more completeness, here’s a video of him in his previous band, the Flying Other brothers

Dyslexia and a PhD

Myths and truths of customer loyalty in online communities

Is the right to found a startup a basic human right?

Innovations in socio-gonzo kiss and tell

Where does 3D entertainment end and the rest of 3D innovation begin?