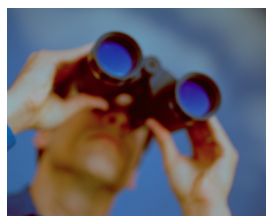 The second half of 2010 is looking better than last year, a surge is expected, heralding a very hectic end of year M&A traffic jam

Few things affect the innovation game as much as major acquisitions (although acquisition of a vibrant startup can often involve reasons and outcomes which have little to do with innovation) and the fortune-tellers in this video (courtesy of The Deal Pipeline) can foresee very significant acquisitions (and difficulties coping with them) in our immediate future.

Well, my impression is that there’s mostly good news for those looking for higher numbers and scale of acquisition stories, but bad news in terms of how well the acquisitions themselves will be handled.

“!8 months ago … most of the companies that were for sale were distressed sales, I think that extended to some degree in 2009, but in 2010 I think we’re back to a more balanced, normal M&A market, at least in technology” Jim Hemmer, CEO of Antenna software

“There’s … spaces which we believe are probably going to be the most ripe for acquisitions … the mobile advertising platform application space … cloud computing, security around it … also the data center space being more efficient” Megan Scheffel, senior vice president, Silicon Valley Bank

“The fourth quarter has the potential to be more or less of a disaster … too many deals in the market … too many people trying to rush for the 12/31 window, service providers like the accounting firms and law firms inundated with activity which makes it harder to get the deals done, so it’s going to be a very interesting quarter to watch”  Scott Peters, Co-President, Jordan Edmiston Group

“it’s absolutely the case that the service organisations are going to get probably crushed … the banks cut back tremendously on their people, the law firms stopped bringing in their new hires, so everything slowed down from an onboarding of talent and people, but even if you brought them on, there was nothing to work on …  so where’s the experience level? … so everybody’s going to get a world of experience in a very short period of time”  Greg Peterson, National leader for private equity PriceWaterhouseCoopers US Tranaction Services

As regular iij readers will know, we’re always on the lookout for sources of videos which cover issues which are relevant to innovation investment and TheDeal looks like a real find!

And, if your innovation investment interests tend to put you in the innovation-focussed side of things rather than being an avid investment news follower, then you might be unfamiliar with the general flavour of the everyday tech M&A reporting scene, so here’s a sample from CNN:

Everything we thought we knew about privacy needs rethinking