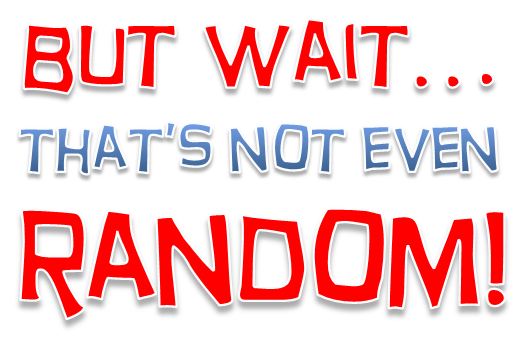 And you thought AirBnB’s Chesky’s early switch into repackaging breakfast cereals which he eventually had to eat in order to survive would clinch it? Nope. Not improbable enough.

So, in despair and dejection, he pivoted to a business model which involved exporting cans of baked beans.

Think that going from creating video games to selling beans in tomato sauce was a serious pivot? Nah, just see what happens next.

Ok, so due to a case of mistaken identity (this next ridiculously unlikely turn of events is undeniably worthy of Douglas Adams’ infinite improbability drive)…

It was the 1980s and a firm called Commodore, who had once been the number two PC firm after Apple, had developed a competitor for the Apple Mac called the Amiga, which was way ahead of its time in many ways.

Commodore was incredibly keen to get the (then highly-regarded) Torus LAN software ported to their brand new computer (I can personally remember something to do with networking at the time which ran on IBM PCs and was called Torus Tapestry).

The deal that Commodore was planning to do with Torus (in order to enable Torus to port their networking software onto the Amiga) would involve providing Torus with lots of free Amigas.

Fate then somehow contrived things so that Commodore managed to unshakeably convince itself that the seemingly irrelevant, newly-founded bean-shipping enterprise (serendipitously named Taurus) was in reality the world’s leading PC networking software company of the day, Torus and so Commodore’s unwitting representative proceeded to approach the bean vendor with a seemingly infeasibly fortuitous offer of a truckload of free computers.

What might make this coincidence a little more remarkable (or perhaps more understandable?) is the fact that the internal code name for the Amiga before its release was ‘Hi-Toro’.

Here’s the historic quote by the founder:

“it suddenly dawned on me that this guy didn’t know who we were… I thought, ‘If this guy finds out, there go my free computers down the drain, So I just shook his hand and ran out of that office”

Suddenly, our intrepid entrepreneur found himself unexpectedly pivoting his business model back from beans to software, purely as a result of having chosen a name for his startup which happened to sound identical to a firm that produced a product which another firm needed him to do something which he just happened to be able to do…

No wait, I actually think that there’s something even more unlikely than the identical-sounding name confusion coincidence.

I mean, how many budding entrepreneurs in 1980 (when web development hadn’t yet arrived to turn most of us into amateur computer nerds) would be secretly harbouring a capability (whilst working in such a totally unconnected business) which would allow them to take advantage of such an improbable eventuality and open up the possibility of pivoting back to following their painfully abandoned dreams?

So, after (unsurprisingly) successfully developing software for Commodore, he used the money he made to get himself back into video games.

He then went on to form a games startup whose first major game went on to sell 4 million copies and made him the seminal figure in games design that he is today.

And in summing up the arguments in support of our nomination for the 2012 infinitely improbable pivot award:

If you can work out who the Pivoteer (please feel free to use this term) nominated above happens to be, and you can also name his almost equally famous online alter-ego/meme, you will have thereby earned the right to nominate your own contender for the 2012 Infinitely Improbable Pivot Award in the comments to this article/posting.

The pivoteers that you nominate obviously do not necessarily have to have undergone (is that the right term?) the improbable pivot this year, 2012 is the year of the award, not the year of the pivot.

The successful nominee will be decided on the basis of consensus/popularity or, if this fails, my own sense of humour.