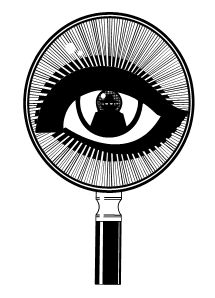 Everything we thought we knew about privacy needs rethinking

Could  health authorities force us to publish every detail of our daily activities by insisting we all carry smartphones with monitoring apps revealing not just how long we slept, but where?

And not just health authorities: your environmental authority may be interested in using such facilities for measuring your personal resource consumption and waste output, using such factors as your carbon footprint and environmental impact in order to calculate your taxes and benefits entitlements.

Long before the provision of any of this private data is insisted upon, we could find ourselves revealing it unintentionally, simply because we fail to consider the fact that voluntarily allowing others to monitor us for our own benefit does not mean that we are obliged to automatically release whatever is recorded, irrespective of the relevance to the benefit we are seeking.

A seminal article on this aspect of privacy was published in August 2009 by Katie Shilton of UCLA.

Participatory sensing technologies could improve our lives and our communities, but at what cost to our privacy?

In this talk, Deborah Estrin raises the issue that addressing this ‘lack of attention to privacy’ is at least as much of an obligation on the part of those involved in doing the monitoring as it is for those being monitored.

The smartphone app may record everything, but the right to restrict what it reports to the person analysing the data is a privacy issue: the app should allow the person being monitored to see whatever was recorded, but it should only allow others to see what they ‘need to know’ and absolutely nothing else.

How to go about specifying what ‘they’ need to extract from the ‘recording of your life’ that the app has made, and why they need it, is something we need to be working on right now, if privacy is not going to be unnecessarily undermined.

Maintaining privacy includes being in a position to tell those of a nosy, prying disposition to ‘mind their own business’, which is something which has been made more complex by the fact that ‘our personal business’ can now be made accessible in ways we are often not even aware of.

This puts a serious burden of responsibility upon authorities, regulators and providers of these new monitoring facilities to ensure that the issue of openly formulating and implementing a consumer-confidentiality-protective privacy policy is given even higher priority and urgency than deployment of the personal monitoring facilities themselves.

Deborah Estrin is a professor of Computer Science at UCLA.

She is the daughter of Gerald Estrin, also a UCLA Computer Science professor, and the sister of Judy Estrin.

She is a pioneer in the field of embedded network sensing and is the director of the Center for Embedded Network Sensing (CENS) at UCLA.

She is on the advisory board of TTI/Vanguard.

In 2003, Popular Science named her one of their “Brilliant 10” for that year.

In 2007, Estrin was elected a Fellow of the American Academy of Arts and Sciences. She is also a fellow of the ACM and the IEEE.

The Center for Embedded Network Sensing (CENS) is a research enterprise funded by the National Science Foundation based at the University of California, Los Angeles.

CENS was established at UCLA in 2002.

While it is headquartered at UCLA, the following universities and organizations also participate in CENS-led research:

The video is a recording of an event entitled TEDx SB

This first TEDxSB was held on Saturday April 17, 2010 at the University of California, Santa Barbara.

TEDxSB is an independently organized event in Santa Barbara to showcase and discuss creativity, learning and innovation with an eye on making the world a better place.

In the spirit of ideas worth spreading, TEDx is a program of local, self-organized events that bring people together to share a TED-like experience. At a TEDx event, TEDTalks video and live speakers combine to spark deep discussion and connection in a small group.

The TED Conference provides general guidance for the TEDx program, but individual TEDx events are self-organized.* (*Subject to certain rules and regulations)

3406
'How to', Education, Life itself, Perspective

How to detox bewildering tutorials