> Global View > The Americas > Wishing on a starship 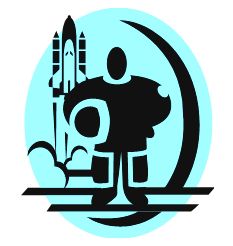 Video curation, the final frontier. These are the voyages of the iij Enterprise. Her ongoing mission: to explore strange new innovation videos, to disregard things that have caused them to be ignored or dismissed and to put them into context

So you thought we’d pushed the outer limits of video curation? It’d be hard to beat that open science lecture with the unintended reality-cam near the end, or Eric Ries Minimum Viable Product shaky cam, right? Not even close. You’ll be disrupted just after two and a half minutes of this starship talk.

This video may include some fascinating talk about space policy, but when it comes to ‘content disruption’, the stuff that happens in the middle of this one verges on the surreal. In fact, I’m not sure it even verges. That weird bit near the end of Kubrick’s 2001 pales by comparison, especially when the recording of this live performance captures someone adding to the strangeness by walking across the whole thing obliviously, which ironically unintentionally disrupts the intentional disruption.

You’ll need to watch it again, as life imitates art imitating chaos with a dose of quantum quirkiness thrown in for good measure. The conversation itself is also full of amazing yet wonderful strangeness.

The event was called The Long Conversation, described by its hosts, The Long Now Foundation, as ‘an epic relay of one-to-one conversations among some of the Bay Area‘s most interesting minds’.

If you’re wondering what all that visual disruption was all about, it was presented by Sosolimited, an art and technology studio from MIT,  as a ‘data visualization performance’, which was aimed at interpreting the content of the Long Conversation in real time.

In this particular case, I’m not sure the iij can claim that we have rescued the video from being either dismissed or ignored, as it has already been viewed over 4,000 times.

Peter Schwartz graduated Rensselaer Polytechnic Institute in 1968 with a B.S. in aeronautical engineering, he taught high school in Philadelphia and worked in the innovative student housing program at UC Davis. In 1972 he worked at Stanford Research Institute (SRI), where he began to develop his unique method of scenario planning, and rose to director of the Strategic Environment Center. In 1982, he moved to London to work for Royal Dutch Shell as head of scenario planning.

His book, The Art of the Long View (Doubleday, 1991) is considered by many to be the seminal publication on scenario planning.

Schwartz founded networking and corporate research agency Global Business Network (GBN) in 1988 with several close friends including Napier Collyns, Jay Ogilvy and Stewart Brand. In 2001, it was bought by premier strategy consulting firm the Monitor Group, although it continues to operate as a distinct entity.

Simon P. (“Pete”) Worden, Ph.D. is Director of NASA‘s Ames Research Center. He was research professor of astronomy at the University of Arizona, Tucson.. He has been awarded the NASA Outstanding Leadership Medal.

Easy being green? Not if you make mobile handsets

Are ‘hopeless’ startups our best hope for sustainable jobs?