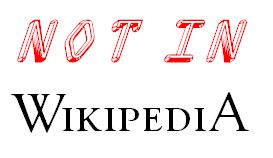 There is no Wikipedia article on this subject at the time of writing, but it is now a well established field which cries out for a much wider public understanding

Here’s a video of a talk which offers a valuable introduction for the uninitiated to some strategic post-genomics issues:

I found 13,000 results for the term “post-genomics” on Google (over 11 million results if I leave out the quotation marks).

Here are my candidates (some of which are hotly disputed) for what post-genomics is all about:

Some of the relevant fields which are often grouped together under the heading of Systems Biology and are not necessarily post-HGP (but are typically included under the post-genomics umbrella) are in this list, which includes definitions from and links to relevant Wikipedia pages:

The extent to which any of the terms above (perhaps with the exception of epigenomics) is either a predominantly (or even exclusively) post-HGP or post-genomic field will have to be the kind of controversy which any future Wikipedian (who has the temerity to put up a post-genomics article) may have to wrestle with, if any zealous protagonists on either side (‘is this field really pre- or post- genomics?) take up their respective adversarial positions.

Here’s another excellent introductory video which surveys the field of epigenomics:

A seminal article published in Nature, ten years after the HGP, covered the issue in March 2010, it was called:

Human genome at ten Life is complicated “The more biologists look, the more complexity there seems to be”