> Global View > UK > Corporations to integrate social into business in 2011 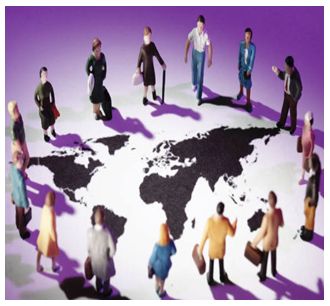 Corporations to integrate social into business in 2011

So says respected social media researcher Jeremiah Owyang. And he’s got the facts and figures to back up his claims. He also advises how to do it, how not to do it, and how to make money helping others do it

The video is one of several made of his speech at this event. I had to choose between clips with problematic sound quality and visible (but not easily readable) slides or one where you could see and clearly hear the speaker, but not see the slides. I chose to put up the one with clear sound, and I have linked to the slides in bottom half of this post.

Jeremiah (an alumnus of of Forrester Research whose own company is called Altimeter) mentions that his slides are on Slideshare (and they’re also on the relevant posting his website) and here they are. The event was LeWeb 10 held in Paris. Here’s the detail of the LeWeb 10 event schedule.

Another session relevant to ‘Social Business Integration’ at LeWeb 10 was called How to leverage social networking in your business. It was a lively panel session offering quite a diverse range of perspectives.

Unfortunately, it does very briefly lose sound (for a few seconds after 11 minutes 23 seconds). Thankfully the sound does come back and is perfect for the rest of the clip.

17165
'How to', Entrepreneur's Briefcase, Innovation & Strategic, Life itself, Perspective, Startups

How relevant are ‘parenting issues’ to today’s innovation investment?