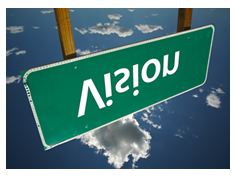 Ending the nightmare of blurred vision for half a billion poor

Even the dramatic recent reductions in the cost of spectacles and cataract operations are not doing enough to reduce the catastrophic impact that untreated sight conditions have in the third world, but strangely enough, our appetite for HD on our mobile phones will fix this.

It turns out that cheap glasses and cataract operations are irrelevant if the astronomical cost of the diagnostic equipment required still puts visual correction beyond the financial reach of the world’s poor to the extent that the resulting levels of illiteracy and unemployability play a significant role in perpetuating poverty. But what if you can shred the cost of the diagnostics?

This is some more detail on CATRA

This is some more on NETRA

Ramesh Raskar, of the MIT Media Lab is happy to use the iPhone‘s Retina display as a metaphor, but he does this in the context of the extent to which the increases in resolution of smartphone displays (a field in which Apple would understandably claim to have played a pivotal role, and who would also claim leadership in terms of the iPhone 4‘s Retina display) have ultimately been an essential facilitator in the developments his technology represents.

I suppose this raises interesting questions regarding whether further advances in such things as diagnostic technology will be made possible if (or perhaps more likely, when) the resolution of the smartphone screen increases further still.

As before, the driving forces behind this will (as he happily acknowledges) probably be a desire among mainstream users for higher definition movies and perhaps sharper imagery in mobile games, rather than for creating even more powerful and sophisticated (yet still cheap?) scientific instruments.

A new name for gamification

Exit strategy more important for startups than a business plan?