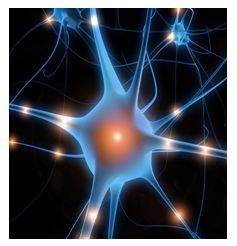 Most of the consumer technologies of 20 years ago seem ludicrously primitive today, whereas, for many diseases, current biotech leaves us almost as powerless to prevent the suffering and death of millions today as we were generations ago. However, it still offers the tantalising prospect of unlocking nature’s technology, and potentially rendering all our diseases and current consumer tech obsolete

iij readers hardly need to hear the case for choosing a consumer tech career, but biotech, as a profession, keeps a much lower profile.  It’s time to hear biotech make the case for becoming a biotechnologist, and who better to do so than a chief scientist at the biotech industry’s founding enterprise, Genentech.

Here’s my attempt at explaining what it’s about:

The uncannily effective way that the nervous system becomes correctly wired-up as it develops, the way that nerve cells grow into the wiring pattern that makes them work together, is a profound old mystery which is only now beginning to reveal its workings. It looks like a surreal forest of creepers all trying to reach out to each other with long, spidery fingers which eventually touch and form the networks which allow nerves to pass messages.

How do nerves ‘know’ how to do this properly? If you were going to build a telephone network, for instance, you’d need to have a map of the houses you were going to connect, otherwise your wiring efforts would be futile. The nerves need to ‘know where to steer their growth’ in order to end up connected in the right way. How nature somehow manages to guide billions of spindly fingers to grow and reach out and touch the right partner seems almost impossible. This book explores some of the experiments which have attempted to find out what enables that wiring process to ‘get its act together’ so that nervous systems can be ‘fit for purpose’.

Exploring this new frontier of bioscience has been a powerful motivating force for Marc, who ‘fell in love with how the nervous system develops’ and neuroscience has formed a central pillar in his career, which will this year include succeeding Nobel laureate Sir Paul Nurse (who has now become president of the Royal Society) as president of Rockefeller University.

What’s it like when government and business publicly sit around the same table?

Heart of darkness? We Africans can now put our own lights on, thanks.