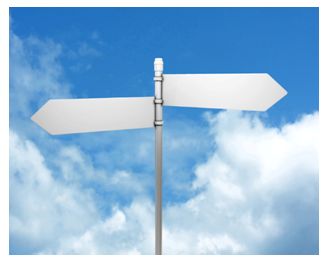 Extreme uncertainty over startups as a solution to everything

Whilst startups (currently mostly devoted to developing social media and mobile apps) are being touted as the way forward for jobs and growth, the world is still crying out for food, drink, shelter and medicine. Are startups (and their less inhibited attitude toward uncertainty) really going to be the way we try to deliver these as well?

Is focussing on ‘underlying uncertainty’, perhaps motivated by the inherent excitement and hubris it brings, perhaps its undeniable inevitability in the nature of these stubborn problems, perhaps moved by our desperation to reach out for anything new in the face of disillusionment, the key to breaking through?

Does an orientation towards giving ‘the unknown aspects’ of what we need to do ‘precedence’ over ‘historically established requirements’ (for so long viewed as being the ‘gold standard’ in addressing the world’s ills) offer a way to turn the time-honoured dilemmas of poverty, conflict and disease into the rules of a new game that humanity can actually win?

A serious problem that I have with startup guru Eric Ries Lean Startup idea (which is where my uncertainty-based definition of innovative startups comes from) has nothing to do with his method, which essentially gives ‘requirement discovery and confirmation’ a sovereign place in the solution development process.

Who, after all, could argue with his observation that ‘visions of imagined unsatisfied needs’ need to be transformed into concrete evidence in order to result in viable enterprises?

And who could argue will the endlessly cited possibility that ‘two geeks in a garage’ could be the next Google, FaceBook or Apple?

No, my beef about ‘startups as the ultimate solution to everything’ has two parts: Firstly, in the deficit-struck developed world, can ‘startup initiatives as a counterbalance to austerity’ really do enough to seriously tackle any resulting shortfall in jobs and growth? Secondly, in the developing world, is any of this (even if this approach is applied to things other than social media, consumer electronics and mobile apps) going to help them fix their problems?

Strangely enough, I suspect the answer to both of these might actually be ‘yes’. Why?

Because it’s just possible that discovering new ways of identifying ‘concealed uncertainty’ at the heart of requirements where ‘encouraging startups’ would otherwise seem to be irrelevant, may be a new way of turning many of today’s more stagnant, underperforming, megalithic, ‘certainty-driven institutions’ into veritable ant-colonies of ‘rapidly iterating requirements discovery and confirmation processes’ both inside and outside of existing large-scale operations.

But alas, as Eric Ries would be only too quick to remind me, this optimistic prospect is all nothing more than a fanciful vision, waiting for validation, even though the vision emerged largely as a result of watching his videos.