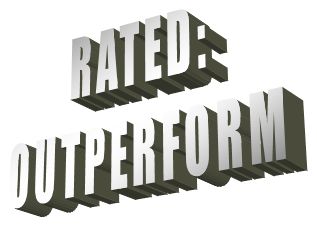 They’ve been around longer. $138m revenue, 55 startups and you’ve never even heard of them.

Call it a startup collective, a peer mentoring group, or a DIY accelerator, but it works. It’s at least as effective as the big two, and it looks much more suited to replication. It doesn’t even need rock star mentors and investors.

The problem with rapidly replicating and propagating the models of the big two accelerators everywhere, is mentors. You need large numbers of exceptionally competent, enthusiastic, relevant, continuously available and disproportionately inexpensive mentors. And the words in that last sentence just don’t sound to me like they add up, unless you are happy to proliferate scalable startups a lot more slowly than any job-starved economy deserves.

Compare these different accelerator models by the survival rates, successful exits and valuations of their startups and it’s probably a level playing field. But Starve Ups has being going significantly longer. It was formed by cash-poor founders. It makes the resources of its two big rivals look anything but lean.

It’s formed by its founders for its founders. The degree of focus they demonstrate would even surprise a ‘classic accelerator’ alumnus.

On day one, all the member startups begin working towards exit. Everyone commits to ‘give back to the group’. It’s all based upon sharing and helping each other. Each founder cares as much about the other member startups as they do about their own.

Unlike a conventional accelerator, this is not a short training course followed up by voluntary ‘alma mater’ and alumni-based support. It is a full-on, always-on, end-to-end, ‘whole business life cycle’ (and beyond) partnership, based on guaranteed mutual support. They even have a post-exit investment strategy.

Just like a rehab support group, their ‘recovery’ (from ‘starvation’?) plan is based upon a belief that the best human resources that they can ever draw upon are each other, for education, mentoring, support and trust. The discretion inherent in this approach may largely account for why you’ve probably never heard of them. They have had 55 members over about 11 years, with over 400 applying to join them. TechStars talk about $40m raised, these guys have raised $105m.

So here come my questions: is Starve Ups really more replicable than the ‘conventional’ accelerator model? Does it really solve the ‘mentor scarcity’ problem? How do the two approaches compare in terms of ‘starting new accelerators’, timescale-wise and cost-wise? Would the higher degree of commitment required put some prospective members off? Would this kind of arrangement be more likely to survive a VC investment famine (from a deeper downturn or another tech bubble burst)? Does their emphasis on exits and acquisitions mean that they are likely to take a member to exit more quickly? Are faster ‘idea to exit cycles’ more likely to reduce valuations rather than increase them?

World record for the most innovations in a single experience?