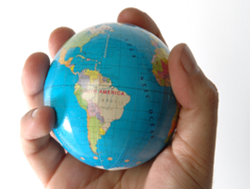 Looking for a video covering the latest developments in the interface between flesh, mind and machine, from fully functional transplants to limb replacements offering superhuman capabilities?

For a subject which you might imagine was almost exclusively technological and scientific, these panellists show that there are just as many important human, ethical and artistic issues to be considered.

Ok, so from the perspective of a pioneer and scientist like Bertolt Meyer, proudly parading your amazingly dextrous artificial hand might be valuable as a way to draw attention to your research, but what about for the rest of us?

Here’s someone wanting their daily existence to be as normal as possible whose life is being immeasurably improved by the very same device.

Here’s a little more insight into the technology

So much for the hand, what about progress with legs?

The moderator was Michael John Gorman, director at the Science Gallery

The second video was of Lindsay Block talking about the Touch Bionics i-LIMB Hand (the third video was also about this device).

Honey, I printed the kids