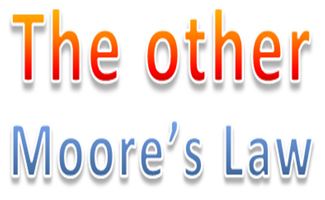 'How to', Global View, Innovation & Strategic, Perspective, The Americas, UK

What do you do when your own disruptive new ideas bump into The Innovator’s Dilemma in the large organisation that you work in? Geoffrey ‘Crossing The Chasm’ Moore thinks that this is not necessarily ‘game over’ after all

His magic formula for large startups to innovate their way out of ‘death by being disrupted’ is to identify three ‘innovation categories’.

He then proceeds to tell us that the secret of success in innovation is to recognise that failure is guaranteed by staking your survival on innovation projects which attempt to combine any of these distinct categories.

My ‘going into detail’ below is purely a mixture of what he said in the video, plus my own extrapolation.

Innovation projects that aim so far ahead that a successful outcome would redefine the market, like the iPhone: unleash you most ambitious innovators, let them reach for the stars.

The key vulnerabilities of these differentiation projects stem (as I see it) from  internal inhibition caused by such ‘responses to innovation initiatives’ as:

These responses are due to the following institutional characteristics:

As if these were not enough, there are also the usual risks of any genuinely innovative project:

However, you should still initiate (or buy your way into) such projects and find ways and means of taking risks with rolling differentiator projects out, because if you don’t, remember startups will: they have less to lose than a large organisation and it will probably cost them less to test the market.

The event in the video was a talk given by Geoffrey Moore in his roles as author and venture partner and Mohr Davidow Ventures, called Reach your Escape Velocity, held on May the 4th, 2011 as part of the Stanford Technology Ventures Program

As he mentions in the video, he’s got a new book out (for all I know, my interpretation and extrapolation of what he says in his talk in the above may diverge from what’s in the book, I haven’t read it yet, commenters please let me know).

Here is the official introduction to the book:

Escape Velocity: Free Your Company’s Future from the Pull of the Past

Geoffrey Moore’s now-classic Crossing the Chasm became a must-read book by presenting an innovative framework to address the make-or-break obstacle facing all high-tech companies: how to gain market share from early adopters and from mainstream consumers.

Based on twenty years’ experience advising the top leaders of many of the world’s most successful enterprises, Moore’s Escape Velocity offers a pragmatic plan to engage the most critical challenge that established enterprises face in the twenty-first-century economy: how to move beyond past success and drive next-generation growth from new lines of business.

As he worked with senior management teams, Moore repeatedly found that executives were trapped by short-term performance-based compensation schemes. The result was critical decision-makers overweighting their legacy commitments, an embarrassingly low success rate in new-product launches, and a widespread failure to sustain any kind of next-generation business at scale.

In Escape Velocity, Moore presents a cogent strategy for generating future growth within an established enterprise. Organized around a hierarchy of powers—category power, company power, market power, offer power, and execution power—this insightful work shows how each level of power can be orchestrated to achieve overall success. Moore explains

Drawing from thousands of hours spent face-to-face with CEOs and their teams, Moore presents case examples and best practices. While his experience is deeply rooted in the high-tech sector, his models and techniques apply well beyond this arena, including to the public sector.

At a time when the world is looking to established enterprises for growth and stability, Moore’s analysis is penetrating and his prescriptions are right on the mark. Escape Velocity gives executives and their teams a practical way forward to take advantage of the opportunities amid industry and economic disruptions.

What do we really know about startup acceleration mentoring?