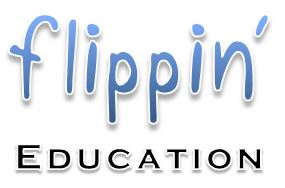 After my initial TED-talk-inspired enthusiasm, I became seriously disheartened by the seemingly unanswerable criticisms of Khan Academy’s fairly unadventurous ‘talk and chalk’ style tutorial videos as not really representing a genuine step forward in education. But…

This slightly later and significantly longer video shows that judging his prospects based upon what you saw in the TED video may give you an unrepresentatively limited appreciation of the way that Salman Khan sees the future of education.

First, he sees the shortcomings of his existing approach as nonetheless not undermining the value of the course materials to those who would not have access to other forms of learning resources.

From Khan’s own perspective, the most disruptive impact that Khan’s tutorial videos introduce into the conventional classroom-based teaching process is the opportunity for ‘self pacing’ by the learner.

Experience has shown that self-pacing completely alters the entire dynamic of not just the classroom, but the who school.

For instance, why continue to group learners by similarity of age, ability or subject, when such things as peer mentoring (which self-paced learning facilitates) may favour ‘capability based mixtures’ which bear no resemblance whatsoever to current classroom occupancy and teacher distribution arrangements?

Teachers are suddenly released to become ‘inspirational and conversational resources’ and act as ‘educational first responders’ when learners get stuck.

The teachers in the best teaching jobs think they have the best job in the world, with highly motivated learners and amazing achievements to show for it.

Other, less fortunate teachers, can find their job is a nightmare, as too much is expected of them in almost impossible conditions.

Neither of these should necessarily see Khan Academy as a threat, but for the lucky, happy teacher, it may allow them to offer the benefits of their capabilities to a larger number of learners because they have to spend less time working through ‘the basics’, while for the stressed-out, overburdened teacher, it may just offer a way to lighten their load and leave them with more time to help remediate struggling learners.

Second, teachers have already expressed appreciation for the fact that he provides a means for ‘doing the heavy lifting’ (he calls it ‘block and tackling’) and leaving the more interactive, creative and demanding teaching and mentoring for them to do.

A questioner in this last video’s Q&A session in fact asked whether the ‘form factor’ of his tutorial videos, if it ultimately became widely or even universally relied upon, would ‘dumb down’ the teaching process. Khan felt that the ultimate impact of his materials would still depend upon the quality of the teacher, but that even at the lower end of the ‘teacher quality spectrum’ he believes his videos should potentially improve the learners attainment levels.

Third (and for me, the most exciting and what makes this ‘the most 2.0 aspect’ of the video) he does not seem at all averse to developing and providing online learning resources which are not just ‘talk and chalk’ (i.e., not just ‘video on demand’).

He gives the distinct impression that he doesn’t mind (and he may in fact go a lot further than ‘not minding’, he may even prove to be be quite keen on) contemplating offering materials (he mentioned for instance, potentially providing simulations to teach certain things) which certainly would represent a step forward in educational tools and methods.

I got the impression that even if he did intend to make forays into the world of ‘interactive tutorials’, he nonetheless would (at least from his current perspective) expect to be continuing to make most of his tutorials in the form of ‘linear, non-interactive’ talk and chalk videos.

Fourth (and this did come up in the original TED talk) his interest in providing tracking tools (which, for instance address the need for the teacher to identify when a learner is ‘stuck’ and unable to master a particular learning requirement, so that the teacher can offer help) shows that he is interested in doing much more than merely churning out tutorial videos, whatever their shortcomings.

What becomes clear is that he seems to have an open mind about where the burgeoning success of his not-for profit venture might take him.

Let’s take a quick running jump at the innovation investment issues that this raises.

His content is available in the public domain: what is the likely impact on the ability of ‘conventional educational programs’ to continue to monetise?

Will the free availability of his resources lead conventional educational programs to eventually see and offer themselves as augmenters, supplementers, facilitators and elevators of the learning that his resources offer?

Could his deeper insight (obtained from being ‘first mover’, or even as a result of his pursuit of intensive testing and tracking of the use of the materials and services) into the implications and possibilities opened up by these resources ultimately lead to Khan Academy becoming the ‘Microsoft of education’ because they become an indispensable resource to all educational institutions?

His uncommon combination of surprisingly mature pragmatism and ambitious revolutionary zeal coupled with seemingly boundless energy and creativity may leave many who watch this video in little doubt that if anyone could ever successfully overturn the education applecart, it might just be him.

We can’t ignore the latest Khan Academy news story either, so here is an extract from a recent press release:

Khan Academy Receives $5 Million to Accelerate the Reinvention of Education

The O’Sullivan Foundation today announced a grant of $5 million to the Khan Academy to accelerate the development and deployment of the non-profit’s revolutionary approach to education, which has already been adopted by forward-thinking public and private schools throughout California and the United States.

Khan Academy, which began as one man’s effort to tutor his young cousin in math over the Internet via YouTube, has rapidly grown into a mass movement which is used by millions of students monthly, in a range of subjects from math and science to the humanities.

The O’Sullivan Foundation’s support will be used to lay the foundation for three major initiatives:- growing the faculty of the Khan Academy;- extending the content to include crowd-sourced contributions; and- developing curricula for a blended physical and virtual academic experience.

“Some of these initiatives will take years to develop and perfect,” said Shantanu Sinha, President of the Khan Academy, “but with this support from the O’Sullivan Foundation, we start today to turn these dreams into reality.”

Until now, Salman Khan has been the singular voice and trusted teacher whose free lessons have been viewed more than 82 million times on YouTube. The remarkable success of the Khan Academy is due in large part to the friendly, somewhat irreverent and humorous voice of this multi-talented teacher, whose lessons on math and science, in particular, have enlightened millions.

“Some have wondered if it was the intent of the Khan Academy to have all these lessons to be written and performed by me,” said Salman Khan, founder and head of faculty of the Khan Academy. “The answer is a resounding no. We’re simply looking for unique voices that get traction and engage with students. As we expand our faculty, we’ll enable more teachers to share their enthusiasm with kids everywhere.”

One use of the grant from the O’Sullivan Foundation will be to expand Khan Academy’s faculty from one lesson producer to at least five full-time-equivalent teachers, extending the range of subjects taught from primary STEM (Science Technology Engineering and Math) to the arts and humanities.

Already, the grant has been used to appoint Dr. Steven Zucker and Dr. Beth Harris to produce content on art, history, and the humanities. Dr. Zucker was formerly Chair of Art and Design History at Pratt Institute. Dr. Harris was Director of Digital Learning at the Museum of Modern Art in New York. Their videos are now available at http://smarthistory.khanacademy.org .

A second use of the O’Sullivan Foundation grant will be to develop, over the next few years, a crowd-sourced content management and curation system for the Khan Academy.

“There are millions of teachers working in not-for-profit institutions all over the world,” said Sean O’Sullivan of the O’Sullivan Foundation. “Many of these dedicated professionals would love to share their enthusiasm for knowledge with students outside the institutions in which they currently teach.”

Much as Wikipedia draws its content from a large number of volunteer professionals, the curated content system for Khan Academy will look to provide a similar outlet for dedicated professionals to develop quality instructional content. This will enable Khan Academy’s tools and analytics to be leveraged by a much broader pool of educators than the relatively small number who will be directly employed by the Khan Academy.

Creating a Testbed for the School of the Future

The third use of the O’Sullivan Foundation grant will be in the development of a testbed for physical programs and K-12 curricula. Both the Khan Academy and the O’Sullivan Foundation feel strongly that online learning is only part of a complete education. The real-world testbed will make projects, simulations and explorations that create a fully compelling blended learning experience between the virtual and physical worlds.

“When I spoke to teachers, administrators, and students who use the Khan Academy system for STEM learning, I was blown away,” said O’Sullivan. “The facts on the ground show that engaged students can absorb and master material much more rapidly than we had previously thought possible. Below average students become above average, and average students can become exceptional. We cannot delay in implementing these systems for our children, for our economy, and for our society.”

The first iteration of the Khan Academy physical school will be run as a series of summer school camps starting in June 2012 in Northern California. Silicon Valley residents interested in getting more information can sign up at:

The camp will be a testing ground for curricula that will, over time, develop into a complete academic experience and serve as a model for real-world schools worldwide.

“The school of the future will not resemble the school of today,” said Salman Khan. “In the past, the assembly-line, lecture-homework-exam model existed because that’s what was possible in the no-tech and low-tech classrooms of their day.”

The Khan Academy model allows teachers to discover which students are struggling with which concepts, and allows students to repeat sections of videos or online tests until they master the material. One of the goals is to re-engage students, some with significant gaps in their knowledge, who have previously felt lost and disengaged.

“We can now build a new reality, using today’s technologies, where learning is custom-tailored and collaborative, bite-sized and iterative,” said Salman Khan. “When students learn at their own pace, and become more self-directed, they remain engaged. This helps teachers build strong foundations, so that even students that are labeled as ‘slow or remedial’ become advanced in a matter of months.”