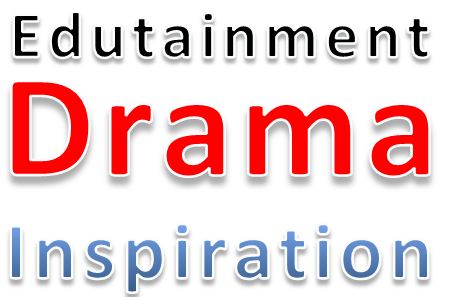 It all begins with an existential crisis: Professor Marinelli tries to Google himself (just before Google exists) and learns of the man who, in 1909, founded the futurism movement, Filippo Marinetti

When the futuristically enraptured thespian prof arrives in Pausch’s department, Randy tells him: “Don’t hug me, and no air-kissing”.

Here’s a summary of Don’s biography:

Donald Marinelli is a tenured Professor of Drama and Arts Management at Carnegie Mellon University and is also the Executive Producer of the Entertainment Technology Center.

Professor Marinelli has been at Carnegie Mellon for twenty-six years where he served as the Assistant Head of the Drama Dept. (1980-86) and later the Associate Department Head (1986-95).

A native of Brooklyn, New York, Professor Marinelli has lived in Pittsburgh for thirty-two years, coming here shortly after completing his undergraduate degree at the University of Tampa.Dr. Marinelli was integral in creation of the Master of Arts Management (MAM) program, the Master of Fine Arts in Acting degree program with the Moscow Art Theatre School in Russia, and, with colleague Randy Pausch, he co-founded the Master of Entertainment Technology (MET) degree program and the ETC.

He attended Duquesne University in Pittsburgh where he received a M.A. in Clinical Psychology specializing in Existential-Phenomenological Psychology.

As well as Donald Marinelli and Randy Pausch, the CMU Entertainment Technology Center roll-call includes many other lumiaries, such as games design guru Jesse Schell and “Mr.CAPTCHA“, Luis von Ahn

Professor Marinelli subsequently attended the University of Pittsburgh where he received his Ph.D.

in theatre history, literature, and criticism in 1987 with a dissertation on the Italian Futurist F.T. Marinetti.

Here’s an excerpt from a Wikipedia article on Randy Pausch:

He gave an abridged version of his speech on the Oprah show in October 2007.

The talk was modeled after an ongoing series of lectures where top academics are asked to think deeply about what matters to them, and then give a hypothetical “final talk”, with a topic such as “what wisdom would you try to impart to the world if you knew it was your last chance?”

Before speaking, Pausch received a long standing ovation from a large crowd of over 400 colleagues and students.

When he motioned them to sit down, saying, “Make me earn it,” someone in the audience shouted back, “You did!”

During the lecture, Pausch was upbeat and humorous, alternating between wisecracks, insights on computer science and engineering education, advice on building multi-disciplinary collaborations, working in groups and interacting with other people, offering inspirational life lessons, and performing push-ups on stage.

He also commented on the irony that the “Last Lecture” series had recently been renamed as “Journeys”, saying, “I thought, damn, I finally nailed the venue and they renamed it.”

After Pausch finished his lecture, Steve Seabolt, on behalf of Electronic Arts—which is now collaborating with CMU in the development of Alice 3.0—pledged to honor Pausch by creating a memorial scholarship for women in computer science, in recognition of Pausch’s support and mentoring of women in CS and engineering.

CMU president Jared Cohon spoke emotionally of Pausch’s humanity and called his contributions to the university and to education “remarkable and stunning”.

He then announced that CMU will celebrate Pausch’s impact on the world by building and naming after Pausch a raised pedestrian bridge to connect CMU’s new Computer Science building and the Center for the Arts, symbolizing the way Pausch linked those two disciplines.

Brown University professor Andries van Dam followed Pausch’s last lecture with a tearful and impassioned speech praising him for his courage and leadership, calling him a role model.