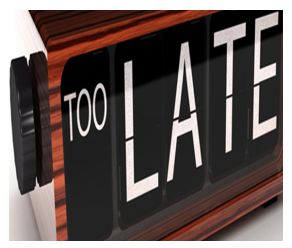 Germany is on the verge of a catastrophic explosion. The grid just can’t handle it.

Ok, so this breaking news story does have words like ‘catastrophe’, ‘disaster’ and ‘exploded’ in it. It also has an expert from Deutsche Energie Agentur saying the equivalent of Scotty from Star Trek’s “They canna take it nae more Captain!”. All because they offered the public a financial incentive to install solar panels. It sounds to me like the next item on the strategic agenda for all of us will be to start asking for more capacity to cope with extra solar power, rather than having to cap it.

Beware: you are about to enter a world where terms like “feed in tariffs” are bandied around as if we all fully appreciate their meaning. And gigawatts, lots of gigawatts.

German Grid Aching Under Solar Power. The German electricity grid faces instability because of too much solar power, an expert said.

Thanks to a generous feed-in tariff, the installation of rooftop solar panels and large-scale photovoltaic plants has exploded in Germany. Stephan Kohler, chairman of the DENA agency, an energy adviser to the government, has warned that the green boom could turn into a disaster for Germany’s aging power grid.

“The network is facing a congestion due to solar power,” Kohler told the Berliner Zeitung newspaper. “That’s why the expansion of solar power has to be cut back quickly and drastically.”

Experts have long called for an overhaul of the European power grid to integrate the fluctuating renewable energy sources such as solar and wind power. Experts forecast between 8 gigawatts and 10 GW of solar power capacity to be installed this year — the equivalent of roughly 10 large coal-fired power plants. In 2009, only 4 GW were installed.

Well aware that the industry is maturing more quickly than anticipated, Berlin this year agreed to reduce subsidies for rooftop panels by 16 percent. The decision helped the German industry to a first-half sales boom, as private customers ordered panels in droves to beat feed-in-tariff reductions set for this summer.

Strong sales have continued until now, however, with experts forecasting a similarly strong 2011 when it comes to new installations. If the current trends continue, Germany would have a solar power capacity of nearly 50 GW by 2013.

“That would be a catastrophe for the grids,” Kohler said, urging the German government to cap the installation of new solar panels at 1 GW per year. “Then we could reach the manageable benchmark of 30 GW in 2020,” he said.

The German government through the Renewable Energy Law, or EEG, regulates the feed-in-tariff aimed at boosting power production from renewable energy sources. Paid by German taxpayers via their electricity bill and guaranteed for 20 years, the levies vary from 21 cents per kilowatt-hour for offshore wind turbines to 46 cents per kw/h for roof-mounted solar panels.

Berlin has vowed to gradually reduce subsidies but EEG-related costs will nevertheless rise significantly over the coming years, experts have warned. The German consumer association VZBV claims that the solar panels installed in 2010 will result in additional costs of $36 billion during the next 20 years.

The German government has so far not voiced plans to limit solar power installations; an overhaul of the EEG isn’t planned until 2012.

This is a press release. It is from From OfficialWire

We have some questions about this article. Here they are. Let us know yours:

Are there any other experts out there to confirm or challenge this? Is there another side to this story? Is anyone anywhere else aware of these issues?

So you thought Venter’s ‘Creating life’ was the biggest Biotech story ever?

Can entrepreneurialism be automated?