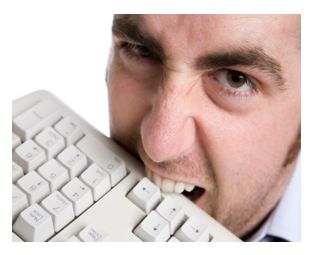 16 year old kid starts a business from his bedroom, sells it 18 months later for $40m: you just know the video from him and three other top innovation legends is awesome

Here’s the introduction from the Stanford Graduate School of Business 2010 Conference on Entrepreneurship website:

What things typically trip up an entrepreneur in starting and running a company?

Is it getting the right business partner? Is it having the killer technology?

Come hear from a panel of seasoned entrepreneurs, angels, venture capitalists, and board members as they discuss the common pitfalls most new entrepreneurs encounter when building their businesses.

Here are the speakers:

Started his first company, ClickAgents, in January 1999 at the age of 16. 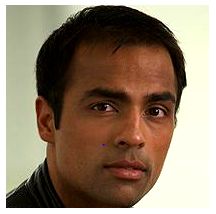 ClickAgents was one of the first ad networks focused around performance-based advertising. Eighteen months later he sold it for $40 million to ValueClick.

In January 2004, he launched his second company, BlueLithium.

The company was focused on data, optimization, and analytics and became a pioneer of behavioral targeting.

BlueLithium was named one of the top 100 private companies in America three years in a row by AlwaysOn, and in 2006, it received highest honor as Top Innovator of the Year. Yahoo! acquired BlueLithium in 2007 for $300 million.

He has appeared on The Oprah Winfrey Show, Bonnie Hunt, EXTRA, Neil Cavuto, among others, and has been profiled in such publications as The New York Times, Entrepreneur magazine, and The San Francisco Chronicle.

Gurbaksh is also an international bestselling author of The Dream, the true to life inspirational tale of his entrepreneurial journey.

Founder and the Managing Member of The Angels’ Forum and The Halo Funds. 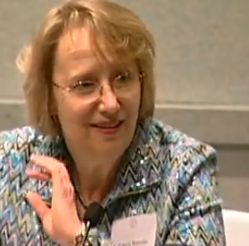 In 1997, she incorporated The Angels’ Forum Management Company, the parent company of The Angel’s Forum, a revolutionary company in angel investing that organizes individual investors with previous entrepreneurial experience to invest as a single entity using a venture capital model for due diligence, mentoring, and board management.

Carol also serves as the Chair of the Global Women’s Leadership Network and a board advisor to Facing History and Ourselves.

She is also a Director of the Sands Family Foundation, which funds early stage and pre NIH research relating to prostate and ovarian cancers.

Most recently, he served as Vice President of Product Management at Facebook, overseeing the company’s product development organizations.

Matt joined Facebook in early 2005 as one of the first five employees hired by the company’s founders and its first external executive hire, and he has been credited with helping drive Facebook’s strategy, organizational growth and product direction.

Previously, Matt served as Vice President and General Manager at LinkedIn, where he was a member of the company’s founding team.

Before LinkedIn, he was a consultant in McKinsey & Company’s Silicon Valley office and worked in Beijing for AsiaInfo, the telecom solutions provider that built China’s Internet infrastructure, prior to the company’s initial public offering.

Other current affiliations include Special Advisor, Facebook and Board of Governors, San Francisco Symphony.

Matt earned a BA with honors and distinction from Yale University.

Jorn Lyseggen is a Norwegian entrepreneur and patent inventor with four start-ups, two trade sales and one IPO behind him. 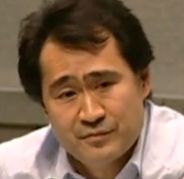 In 1995, Jorn started Eunet Media AS, an IT consultancy that he sold two years later for $5 million.

Jorn then became CEO of Mogul Group AB, which became a consulting group of 400 IT consultants in Norway, Sweden, Finland, and UK.

The company was listed on the Swedish Stock exchange in 2000 at a valuation of $150 million.

In 2001, with a starting capital of $15,000, Jorn established Meltwater Group, a B2B online media monitoring company.

Since inception, Meltwater has grown to 50 offices, 600+ employees, and 19,000 corporate clients across Europe, Asia, Australia, Africa, North and South America.

It has evolved into a Software as a Service (SaaS) company for SMEs and enterprise clients worldwide.

The company has grown organically, without debt or external funding.

Jorn has applied entrepreneurial ideas to the nonprofit segment, creating the Meltwater Entrepreneurial School of Technology (MEST) in Accra, Ghana; MEST gives its trainees the tools to start new software companies, generating jobs and wealth on a local level.

MEST’s first trainee class graduated in 2009 and will enter incubators supported by Meltwater Foundation in Accra, Oxford and San Francisco.

It’s not easy (for anyone who wasn’t there, or doesn’t know him: I don’t recall seeing his name in the video, but it was quite lengthy, so I might have missed it) to be sure who the ‘moderator’ of the speaker panel was on this session: Was it Mark Leslie? (he’s on the GSB staff)