> Technology > Web & Consumer Tech > Where does nanochemistry belong in the world of nanotech? 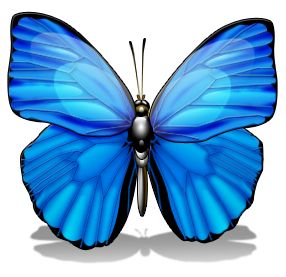 To get some insight into this new discipline, you might find this video describing the background to a researcher’s eureka moment well worth watching. It’s a talk by Geoffrey Ozin, widely regarded as the father of nanochemistry.

The science behind this talk is mostly about the principles of crystal photonics. It’s a study derived from and inspired by the phenomena which produce the hypnotic sparkling of opal gemstones and the spectacular hues of the iridescent blue butterfly.

Here’s a brief biography of the speaker:﻿

He is an Honorary Professor at The Royal Institution of Great Britain and University College London, External Advisor for the London Centre for Nanotechnology, Alexander von Humboldt Senor Scientist at the Max Planck Institute for Surface and Colloid Science Potsdam. He’s also Guest Professor at the Centre for Functional Nanostructures at Karlsruhe Institute of Technology (KIT).

Over a four-decade career he has made important scientific and technological advances in Nanochemistry, which have help shape the course of Nanotechnology. He has made benchmark discoveries in the emerging fields of Nanomaterials, Nanoporous Materials and Photonic Crystals.

Here’s his page on the Applied Brilliance Conference site.

Here’s a link to his current website, GAO Materials Chemistry Group, at the Lash Miller Chemical Laboratory, University of Toronto

Who IS this guy?

What will Google do now search is suddenly dying?

Why we should stop selling cars