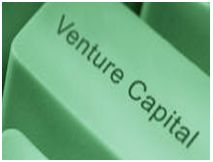 The new breed of angels: as much ‘startup coentrepreneurs’ as they are investors. Executive control, once obligatory, now seen as a liability, is being replaced with new brands of investor offerings which minimise dilution and instead creatively collaborate to facilitate leanness and opportunistic market agility. VCs are keenly studying this new wizardry

The talk is called:

Pitching Hacks: How to raise money from VCs and angel investors.

Here’s what the author has to say about it:

“We’ve founded companies like Epinions; helped start companies that are backed by Sequoia, Benchmark, and Kleiner Perkins; raised $100M or so for startups; and invested another $20M in about 12 companies. This book summarizes some of the lessons we’ve learned about pitching companies to investors.”

‘The Rise of the Angels’

The highlight of the talk for many was:

He offers detailed explanations of each of these rights in the video.

It was given at the Capital Factory 2010 Demo Day in Austin, Texas

Naval Ravikant is an entrepreneur and angel investor, a co-author of Venture Hacks, and a co-maintainer of AngelList. Previously he was a co-founder at Genoa Corp (acquired by Finisar), Epinions.com (IPO via Shopping.com), and Vast.com (largest white-label classifieds marketplace). Naval has also advised Bix.com, iPivot, and XFire, among others, and invested in many companies, including Twitter, FourSquare, Jambool, DocVerse, Mixer Labs, and Stack Overflow among many others.

Capital Factory is an early stage accelerator for tech startups based in Austin, Texas. Startup companies participate in an intense 10-week summer program that gives them up to $20,000 in cash, more than $20,000 in free services, and mentorship by a group of successful entrepreneurs. The program culminates in a demo day where the startups present to investors, the press, and the world.