> Technology > Web & Consumer Tech > Time for a twist in the ARM story? 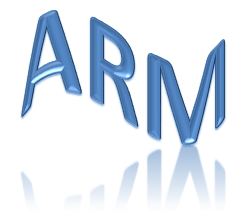 Instead of fanning the flames at the bonfire parties regularly held all over Cambridge to celebrate the outstanding achievements of chip designer ARM holdings, perhaps it’s time to splash on just a little cold water

Not enough to put out the fires, of course, but maybe to create just enough smoke to send out a signal.

When you do the simple calculation which divides the profits that ARM makes by the number of chips produced using their designs, you don’t end up averaging very many pennies per chip.

By contrast, those who sell the chips, or rather, incorporate them into devices that they sell, are deriving a net sales value from each chip which sits somewhere very comfortably between one and three orders of magnitude greater than the costs that ARM chips represent.

Whoever is making the devices which use ARM designs, they seem to be making so much more money from doing this than ARM are making from doing the designing that some old questions (which nowadays are treated as ‘third rail’ issues in UK manufacturing, especially by ARM themselves) need to be revisited:

Is the edge that ARM offers to its customers (which makes it ‘the chip designer of choice’ for the likes of Apple and Samsung) purely one of cost?

If it is not, because it ultimately proves to be the case that ARM can deliver functionality, efficiency and performance that end-users of the products which use its technology could not afford to do without and could not obtain from elsewhere at any price, then this may mean that ARM is missing an enormous opportunity.

The risks associated with addressing this opportunity are now less than they have ever been. Getting financial backing for such a venture (despite potentially being in the billions) would certainly be less of a stretch, due to the impeccable ARM track record. After all, what other examples in the entire world of business exist where a so-called ‘outsider’ would be so trusted to specify a business plan which offered the prospect of significantly outperforming all of the existing players in such a lucrative global market?

When you combine this with the now well-established availability of low-cost, high-quality manufacturing resources, any reservations which would preclude seriously considering these options seem to be exclusively derived from the cultural history of ARM, a business which survived an era where semiconductor manufacturing was such an impenetrable market for new entrants that even envisioning a successful large scale design licensing operation would have seemed hopelessly unrealistic to all but the most optimistic investor.

Does ARM now have such a lead over their competitors in terms of the superiority of their design capability, that their current ‘design only’ and ‘manufacturing-averse’ strategy needs to be reassessed?

And here is Tudor Brown, President of ARM, offering an insight to the company’s history and philosophy:

Two ubiquitous technologies most techies know nothing about