> Global View > UK > Major debate video: Is ‘who we are’ more than just brain-wiring? 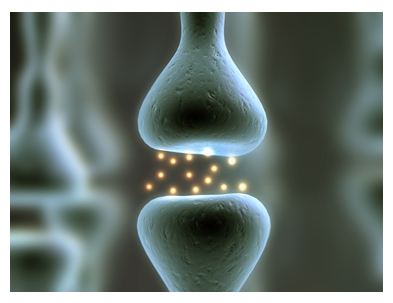 Major debate video: Is ‘who we are’ more than just brain-wiring?

Which side are you on? Are you a ‘connectomist’ who believes that once we fully map the connections in the brain, all it’s secrets will be revealed? Or are you ‘connectome-quizzical’ and looking for a wider range of perspectives before taking up a position?

This no-holds-barred battle of ideas between MIT (Sebastian Seung) and NYU (Anthony Movshon) offers some valuable insight into the key issues.

Does the brain’s wiring make us who we are?

It was held at Columbia University Medical Center on Monday, April 2, 2012

Here’s the official introduction to the session:

What will be the next big breakthrough in neuroscience?

What will finally explain how brains work, how they fail in disease, and what makes us each unique?

Some neuroscientists believe that research would be radically accelerated by finding and deciphering “connectomes,” maps of connections between neurons.

Funding agencies are wagering millions of dollars on the idea that connectomics will be as fundamental to neuroscience as genomics is to molecular biology.

But others disagree, arguing that maps of the brain by themselves cannot offer much insight into how this remarkable organ does its job.

Should neuroscience make it a priority to launch a significant connectomics program, diverting human and financial resources from other worthy goals?

Join us as leading “connectomist” Dr. Sebastian Seung defends his position in public against the formidable neurophysiologist Dr. Anthony Movshon.

Award-winning science writer Carl Zimmer teams up with co-creator of NPR’s Radiolab, Robert Krulwich, to moderate this debate on neural cartography, guiding the audience through both known and unknown territory as we ask the question:

Are brain maps the future of neuroscience or an empty promise?

The host who introduced the debate was Stuart Firestein, head of biological sciences at Columbia.

The event was presented by NeuWrite (Columbia University’s collaborative group for scientists and writers) and partially sponsored by the Dana Foundation (who support brain research).

Here is a video of Sebastian Seung talking about his own work. He has a book out called Connectome: How the Brain’s Wiring Makes Us Who We Are

If you’ve never heard of The Human Connectome Project, here’s the Wikipedia article:

The Human Connectome Project is a five-year project sponsored by sixteen components of the National Institutes of Health, split between two consortia of research institutions.

The project was launched in July 2009 as the first of three Grand Challenges of the NIH’s Blueprint for Neuroscience Research.

On September 15, 2010, the NIH announced that it would award two grants:

The goal of the Human Connectome Project is to build a “network map” that will shed light on the anatomical and functional connectivity within the healthy human brain, as well as to produce a body of data that will facilitate research into brain disorders such as autism, Alzheimer’s disease, and schizophrenia.

Here’s a brief introductory video about the project:

This next one is more of a ‘deep dive’, with Randal Koene giving perhaps more of a ‘computational neuroscience’ perspective on connectomics:

1509
'How to', Entrepreneur's Briefcase, Innovation & Strategic, Life itself, Perspective, Startups