> Global View > The Americas > What if startup ideas didn’t matter to investors? 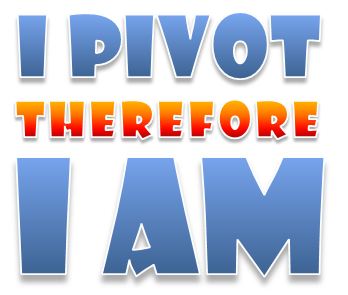 What if startup ideas didn’t matter to investors?

Would you invest in founders pitching a project that you didn’t really believe in, for reasons you didn’t tell them about?

Would you do that simply because what you did believe in was the possibility that those particular founders, once they embarked upon the inevitable journey of endless disillusionments, pivots and restarts, had enough of what it takes to turn a promising-sounding but ultimately laughably unrealistic vision into genuine discoveries of real untapped markets, no matter how far it took them from their original idea?

Steve Blank tells of a magic moment when, after countless board meetings (where we can imagine that the usual excuses for delays and revenue shortfalls are trotted out and the regular admonitions are given by the investors and the original plan B continues to be incremented through all the remaining letters of the alphabet, one board meeting after the next) one day, a different kind of board meeting happens and the investors start to look at the founders in a funny way.

I’ve kind of ‘spelled it all out in long form’ below, so that I can develop it a little.

You see, what it is, is that the investors are never quite as convinced as the founders.

As enthusiastic as investors may claim to be about the companies they invest in, unlike the founders, professional investors are likely being pitched to all the time, and they are only too aware that no matter how much like an earth-shaking sure thing the founders make their ideas sound, all startup projects are realistically situated somewhere between no-hopers and long shots.

And if they have already invested elsewhere, investors are regularly attending many more excuse-filled and plan-changing board meetings than any one set of founders.

So if they want to convincingly express surprise at being given yet another bunch of excuses and disappointments at the monthly boardroom performance, startup investors unavoidably find themselves having to draw upon a set of skills which most people would more commonly associate with Broadway than with Wall Street.

In reality, they are expecting the founders to shamefacedly explain that they have discovered yet more differences between what the original idea was and what the customers will actually pay for and how much less clear it is in terms of how much longer it will take to build and how much more resource will be needed to deliver the newly recalibrated solution.

So when the day finally arrives when it starts to become clear that all these seemingly accumulating uncertainties are beginning to give way to a level of clarity that is consistent with a validated business model, the investors thespian skills may well be called upon in a completely different capacity.

Suddenly, the carefully cultivated looks of ‘stoical resolve and patience, despite hearing yet another litany of distressing setbacks’ and making it look as if they are ‘keeping their chin up and struggling on, in the face of yet more disappointment’ that they somehow managed to master without attending a single class at the method acting school, are no longer required.

Their theatrical task at this ‘it’s all starting to look like we’re onto a winner’ meeting is much more in the ‘curb your enthusiasm’ mould.

Coupled with the need to suppress their excitement, are a brand new set of fears, which the investors know they have to keep from the founders.

Unbeknown to the founders, their startup valuation has just skyrocketed in the minds of the investors, right there, at the boardroom table.

Even if they’ve read the ‘more promising than usual’ monthly board report before they’ve arrived at the board meeting, in reality, what investors are expecting is that once again some worrying new technical shortcoming will be raised by the founders in the course of the meeting, which will pour cold water on the good figures in the report and push deadlines and expectations back once more into the familiar abyss of startup uncertainty.

The investors are all too aware that the notional valuation that the investment deal represents was in certain senses ultimately meaningless, because the underlying assumption in any startup portfolio is that almost all of the startups in it will eventually have a valuation of zero.

Until the day that a startup looks like they are going to be the one that overturns that assumption, their valuation is inevitably much more notional in the minds of the investors than it is in those of the founders.

So when the founders’ most recently fantasised world-rocking dream starts to look like it might actually coincide with a scalable reality representing unconscionably obscene returns on the next round of investment, something happens to the investors.

Unlike the usual disappointments, which the investors needed to pretend were shockingly unexpected and only tolerated as a result of receiving yet more commitments to ever more intensified development effort and ruthlessly increased austerity and thrift and on account of the investors saintly faith and patience, this time, the investors need to hide their genuine state of shock.

Coupled with this, there is another reality which they may need to keep from the founders, which is equally shocking: the founders may have just talked themselves out of a job.

Up until this point, the founders will have been labouring under a delusion of indefinitely sustained continuity, autonomy and control.

They will be unlikely to have imagined that achieving what they had promised their investors would generate anything other than a response like ‘congratulations, you’ve found the sunken treasure, now haul it up’.

Instead, when confronted with something which needs scaling up into a large operation, investors first thought is always the same: ‘we’re going to need a team with a rock-solid  track record of managing a large operation’.

Fresh startups in an innovation investment portfolio are essentially tiny bands of buccaneers.

Once they have discovered something  precious enough to convince investors that it is genuinely scalable, the investors will have no intention whatsoever of entrusting their spirited little band of buccaneers with the job of wresting their priceless cargo from the deep.

That would be far too risky. The very reason that the investors started the portfolio in the first place was to have at least one blockbuster investment to justify the fact that all the other investments were such long shots that they will probably eventually need to be written off.

Suddenly, the investment deal with the founders has become meaningful, rather than being the betting slip that it initially represented. No way would the investors feel that they could take any risks with this startup, potentially the only thing standing between a successful investment portfolio and having wasted all the funds on a bunch of non-performers.

But the hidden implication, which was that if this did happen, the founders expectations of continuity and control were seen by the investors as having been bought and paid for, such that they could be withdrawn and handed to more suitable and competent executives, would now need to be revealed in all its gory detail.

Somehow this would need to be communicated to the founders, but not right away. The moment is one of both triumph and danger. If handled badly, so many things could go wrong, and the fact that all parties would stand to make a lot of money would not necessarily be sufficient to produce consensus.

Instead the prospects of litigation, demoralisation, under performance, defection, acrimony and in-fighting would loom large.

In addition to acting skills, diplomacy of the highest order is required to get around the fact that so much about how the investors would expect to proceed in the event of success was left unspoken all the way through until now.

In the moment of realisation by the investors that all this ‘latent startup investment stuff’ has got to come into play, it’s hardly surprising that Steve Blank says investors will be looking at the founders in a funny way.

If the investors were foolish enough to blurt it all out clumsily, you could imagine the startup saying “what do you mean ‘you never told us because it might never have been necessary’, we told you at the outset that we were absolutely convinced we were going to make it, you told us that you shared that conviction, does that mean you were lying?’ and the investors saying, ‘of course not, why do you think we gave you the money’ and at this stage you can imagine the investors ‘educating’ the founders on how the ‘portfolio’ side of investment means that board meetings are ‘necessarily a bit of a charade’.

In reality, the ‘founder education process’ can probably be expected to be conducted with a little more decorum.

Ok, it’s time to take a break from painting this picture of the boardroom drama which unfolds in the event of an investor finding themselves confronted with the situation where a startup has successfully ‘validated the discovery of a scalable business model’ (to combine the terminologies used by Eric Ries and Steve Blank).

The reason I went into detail was to illustrate just how much of a gulf there tends to be between the potential perspectives and motivations of investors and the founders of startups.

Let’s now more this forward to a ‘post-lean startup world’ and see if this has any bearing on the relationships.

Founders of lean startups know that they are no longer prisoners of the idea that they have in their pitch slide deck. They can pivot like crazy, just like AirBnB’s Brian Chesky did (I mean, living off your unused marketing material by actually eating it as your only source of food for three months before you make your next move, kind of redefines pivot as far as I’m concerned) long before his billion dollar valuation.

So what about investors in a ‘business model discovery’ world?

You’re no longer looking for someone who necessarily has a great startup idea.

You’re looking for someone who can take an idea that is wrong, which doesn’t reflect a genuine user requirement, does not have real product/market fit, but you as the investor don’t care, because even the ideas which are pitched to you which do seem to have good product/market fit are not necessarily that much less speculative.

If you try to invest in a startup which has already validated its business model, the valuation will hold the risk of being too high, because you will be bidding against other investors who already know this.

What you want is to invest in a founder team which convinces you that they have what it takes to discover scalable business models. If they convince you that they have this capability, then the fact that the idea they happen to be pitching is not viable, is a bonus.

So is this a fantasy? Is there a set of characteristics of a founder team that an investor could spot which are ‘startup project independent’?

If there was, and the founders didn’t know it, then an investor could invest in them without having any faith at all in their originally pitched project, because the investor would be confident the founders could ‘pivot their way to success’ even if they started off pitching edible dentures.

Eventually, everyone on both sides of startup land will take this stuff into account, which should level the playing field.

But for now, pitches (at least the ones that get investment) are still treated as if they are taken equally seriously by all sides.

1412
'How to', Entrepreneur's Briefcase, Innovation & Strategic

Beyond the Business Model Canvas

Your clients can innovate faster than you can, so why not pay them to do it?