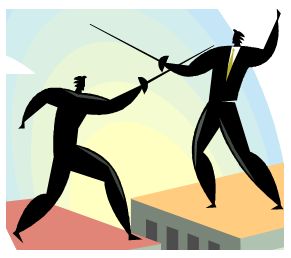 Kelly says that technology isn’t ‘neutral’, it’s ‘good’. Not because it’s solving our problems, but because the choices it offers propel us forward. Lanier doesn’t feel this view resolves our confusion about technology

Although it’s Lanier who presents the more mystifying interpretation of what technology is all about, both of these extraordinary presentations are worth listening to in their entirety.

These are both from the TEDx SF event called “The edge of what we know”. It was held on November 16th 2010 at the California Academy of Sciences.

The first three minutes of Lanier’s talk consist of a rendition on an 8,000 year old musical instrument (that he claims was the first digital device) which sounds like a chorus of car horns in the mother of all traffic jams.

Some say that listening to Lanier is like listening to the album ‘Trout Mask Replica’ by (the recently departed and for many seriously missed) Captain Beefheart. Just like quantum physics, if you think you understood it, you probably weren’t paying enough attention.

As Kelly sees it, we co-evolve with technology, as new technology emerges from our responses to living with existing technology. Lanier, by contrast, sees us and our biology (and technology?) as ‘pre-adaptive’, preparing us for our future, by enabling us to develop the necessary ‘degrees of freedom’ to be able to respond to circumstances beyond any prior experience.

Time Magazine named Jaron one of the 100 most influential people in the world in 2010.  His book is “You are not a gadget”.  He’s written for The New York Times, Wall Street Journal, Forbes, and Wired Magazine.

Kevin Kelly co-founded Wired Magazine. His latest book is “What Technology Wants”. His previous best-sellers were New Rules for the New Economy and Out of Control.

Ron Conway, archangel, on video, on how it all began

NASA is all about space, right? No? What then?