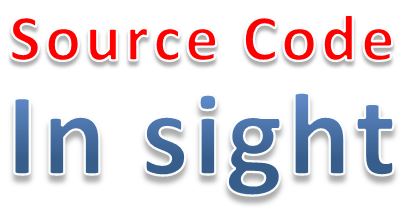 The more you think about what she’s saying, the more shockingly unthinkable it seems: can we now really see what an eye sees without us needing its brain in order to see it?

Those questions that he asked gave some insight into the extent to which this modest professor seemed to be regarding (what was unquestionably the most mind-boggling aspect of her achievements) as being either comparatively unremarkable, or at least not worthy of any special fuss! We can read a code?

To be fair, quite a broad swathe of the technology and science press did cover the story, but I’m still not entirely convinced that they fully appreciated the scale of the advance that it represents.

Here’s an extract from a news release about her work:

Researchers have developed an artificial retina that has the capacity to reproduce normal vision in mice.

“Not only is it necessary to stimulate large numbers of cells, but they also have to be stimulated with the right code — the code the retina sends to the brain. Incorporating the code jumped the system’s performance up to normal levels — that is, there was enough information to reconstruct faces, newsprint, landscapes, essentially anything”

While other prosthetic strategies mainly increase the number of electrodes in an eye to capture more information, this study concentrated on incorporating the eye’s neural “code” that converts pictures into signals the brain can understand. The research was presented at Neuroscience 2010, the annual meeting of the Society for Neuroscience and the world’s largest source of emerging news about brain science and health.

Using mice as subjects, the authors built two prosthetic systems: one with the code, one without. The researchers found the device with the code reconstructed more details.

Degenerative diseases of the retina — nerve cells in the eye that send visual information to the brain — have caused more than 25 million people worldwide to become partially or totally blind. Although medicine may slow degeneration, there is no known cure. Existing retinal prosthetic devices restore partial vision; however, the sight is limited. Efforts to improve the devices have so far largely focused on increasing the number of cells that are re-activated in the damaged retina.

Next, the authors plan to coordinate with other researchers who are already working with prosthetics on human participants.

Research was supported by the National Eye Institute.

This call is being recorded for training purposes