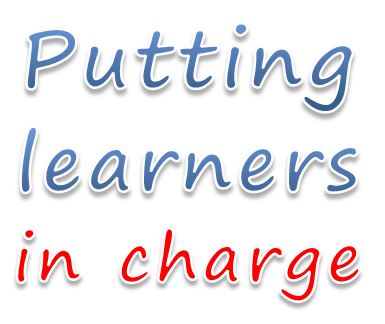 Counter-intuitive way of reducing unnecessary pressure on students? Stop telling them how easy it’s going to be.

An approach to teaching called ‘meta-cognitive learning strategies’ equips the learner to be able to explore and decide for themselves which learning strategies and resources work best for them when trying to master a particular requirement.

You’ll notice that this article focuses on several aspects of meta-cognitive learning strategies that are not covered in that video above (e.g., difficulty, learner motivation, games and peer issues) and that the video also focuses on aspects that we don’t cover (e.g., active vs. passive learning).

It’s a big topic, so there are plenty of other seriously relevant meta-cognitive learning issues that neither we, nor the video are exploring here (e.g., autonomy, course structure) so please let me know if there are any that you feel have a direct bearing on what follows.

What are meta-cognitive learning strategies?

These powerful but surprisingly simple tools enable learners at all stages of education to appreciate ‘failure’ and ‘difficulty’ in a much more mature and objective light, where instead of seeing such setbacks as confidence-destroying indictments of their own intellectual inadequacy, they can reflect in a detached way upon their struggle to learn, deriving essential feedback which offers insight into how to assess and pursue the kinds of resources, like time, effort, information and human assistance that may be needed in order to master the learning requirement.

Why we need them: learner motivation challenges

It’s a myth that struggling learners just can’t handle serious learning challenges: the reality is that they usually just need to feel that they are in control of their own learning process.

They are hardly likely to articulate this ‘appreciation of the benefit of elective learning strategy selection’ as a preference (or use it as a basis for accounting for their own lack of progress) if they have only ever been taught in a traditional ‘non-reflective, non-elective’ way.

Video games: only a bit meta-cognitive, but what a difference!

This is why supposedly ‘unmanageable learners’ often excel at the kinds of video games which have been shown to have steeper learning curves and richer knowledge acquisition requirements than almost anything in the academic curriculum (and no, this is not just ‘all about developing enhanced eye-hand coordination’).

The opportunity to ‘explore the learning process itself’ is often an inherent (but mostly disregarded, except by researchers) characteristic of the design of many types of video game.

Nonetheless, the extent to which meta-cognitive learning is directly facilitated by the gameplay, rather than just being an incidental consequence of the ‘retryability’ should not be overestimated: video games designers are not consciously introducing meta-cognitive learning into their games (perhaps they should consider this) it just happens to be an ’emergent property’ of the fact that the player is in control of their own learning process (which is an intrinsic aspect of meta-cognitive learning, but as you’ll see in the list below, is only one aspect).

Meta-cognitive may not be the future of video games, but…

It may be possible to design games specifically aimed at (a) teaching meta-cognitive learning strategies (as an introduction to using them as a learning approach) and also (b) requiring a player to develop and deploy meta-cognitive strategies as a way of ‘leveling-up’ (making progress to higher levels of achievement) in a game.

Outside the world of games, worries in the education field about whether and how efforts should be made to mitigate ‘intimidating challenges’, especially in learning environments where learners which have been identified as having ‘motivational challenges’ are just as pervasive today as they have ever been, so it is not at all clear whether taking steps towards ‘making the learning seem easier’ is a strategy (despite its 1960s pedigree) which is going to ‘solve the learning motivation problem’.

By contrast to the modern ‘making it seem easier to learn’ approach, what (‘post-modern’?) meta-cognitive approaches offer to an educational process are a way of taking terms like ‘challenge level’, and ‘apparent ease of learning’ out of at least some aspects of the teacher’s course design and management process, and putting them firmly under the control of the learners themselves.

Is this just a DIY thing, or is there still a job for the teacher?

The teacher who deploys meta-cognitive learning strategies effectively becomes more of a content design and support resource, with their most important ‘live, interactive’ contribution being inspiration, which, although it can be (especially if you end up spending most of your time trying to be inspirational) just as exhausting, it is likely to be far more productive and rewarding, especially as far as ‘motivationally challenging learners’ are concerned.

Notice how many of the best selling video games do nothing (at least at the promotional trailer level) to ‘make the learning seem easier’ (although ironically, by offering such things as training modes, they almost all in fact do precisely that) but instead the games infallibly try to give the prospective player the impression that they are actually much more demanding (i.e., ‘realistic’) than their predecessors.

In meta-cognitive learning, peers are different

The fact that this ‘tough posture’ of ‘trying to seem harder’ neither fools nor intimidates prospective players is a powerful testament to another essential feature of meta-cognitive strategies: they are ‘peer-learning-support-friendly’.

A good indicator of the extent to which meta-cognitive strategies are contributing to a learning process is the degree of peer-friendliness of the introductory material.

If ‘peer-assistance’ merely results in learners bypassing the learning process (as evidenced by lack of genuine capability acquired by the learner) then blaming either the learner or their peers may ultimately be less productive than switching to a meta-cognitive approach, where peer ‘assistance’ (by a fellow meta-cognitive learning inducted participant) also implies inherent peer assessment, which is typically inherently sensitive to, unimpressed by and typically uninhibitedly disdainful of ‘capability bypass tricks’.

So what does meta-cognitive really mean, in this context?

Meta-cognitive, in this context, is essentially an aspect of the learning strategy which in some critical sense augments and thus transcends the limits of the individual’s cognitive processes by ‘objectifying the learning process’, rendering the the learning process such that complex tasks with extensive or demanding learning requirements are ‘reflectively reviewed’, and ‘systematically approached’ rather than being primarily (and in most cases exclusively) ‘viscerally responded to’ in a non-reflective way which carries a high risk of ‘reinforcing inhibition’ and ‘undermining personal resilience’ when initial learning endeavours prove disappointing.

Ok, so what are the basic tools of meta-cognitive learning?

I’ve heard of ‘meta-cognitive scaffolding’ in this context, why didn’t you mention that?

From a historical perspective, the meta-cognitive approach to learning is sometimes included under the heading of ‘meta-cognitive scaffolding’.

Scaffolding in this sense (the term instructional scaffolding was first coined by Jerome Bruner and seen by most as derived from the ideas of Lev Vygotsky) essentially constitutes a ‘temporary support’ for the learning process, the requirement for it ultimately ‘fading away’ as the learning proceeds to mastery.

Yeah, like, there’s this professor that GROWS electrical kit