> Technology > Web & Consumer Tech > Will ‘talking to the camera’ continue to leave us mesmerised? 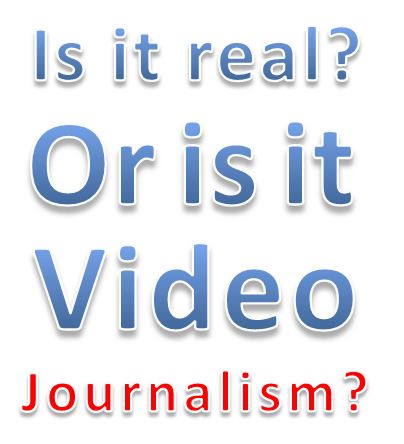 Will ‘talking to the camera’ continue to leave us mesmerised?

So, you’re watching a movie.

It turns out that you are irresistibly drawn into the story, its  characters and its world.

Then suddenly, for no apparent reason, one of the characters starts to talk directly to you, the viewer.

Then, just as suddenly, they stop doing this, and they go straight back their role in the story, as if they had never done this, and the ‘interruption’ had never happened.

Was this exercise in ‘viewer disruption’ a good idea?

Here are the ‘arguments for the defense’:

On the other hand, none of the above may be true.

The ‘talking to the camera’ aspect may just gratuitously ‘break the immersion’ and unhelpfully (and potentially disastrously) undermine the otherwise well-constructed ‘reality’ that you were experiencing.

But here’s something to consider:

In video news presentation we tend to take that very same ‘viewer immersion model’ and turn it on its head.

The default mode becomes ‘talking to the viewer’.

We automatically accept (from whichever side of the camera that we happen to be on) that talking directly to the viewer is the most credible and watchable way of communicating when the audience is being ‘updated’ rather than being ‘entertained’.

The extent to which these TV-legacy measures of credibility and watchability still apply in exactly the same ways to ‘factual content presentation’ in the age of socially-mediated online video should not be taken for granted.

Who is to say that the ‘broken immersion problem’ does not apply (in a different, perhaps counter-intuitively convoluted way) to factual communication, in a world where indications of trustworthiness (“you can trust me, I’m on TV, I’m important and I’m talking directly to you”) are treated as being in need of confirmation and corroboration (because their sources don’t necessarily have anything to lose as far as brand reputation is concerned) rather than taken at face value?

Factual communication does not usually claim to be attempting to set up an ‘alternate reality’ for its viewers.

But is the difference between people talking to a camera (‘fake’) and talking to each other (‘real’) going to become the distinguishing characteristic of (exclusively) online news media, as it encounters the opportunity to abandon the long-established traditions of television in the pursuit of ‘greater realism’?

If it is, then it will be a very ironic development, because the early beginnings of online video were characterised by ‘vlogs’, which tended to be monologues performed by individuals sitting alone in their room, talking to a camera attached to their PC.

The lack of ‘conversational realism’ was not an issue in Vlogs, because there was (usually) nobody else in the room for the vlogger to talk to other than the viewer.

So, what happens when the aspirations of a vlogger begin to ‘go beyond the spirit of self-expression’ and assume more ‘professional’ proportions, and such things as ‘running a news channel’ become the order of the day?

Well, usually, there are more people involved, and the ‘room’ suddenly seems to need to look more recognisably like a TV newsroom than a vloggers den.

The rationale which mandated the format of the solitary vlogger is then replaced by the time-honoured ‘showbiz’ format of ‘news anchors’, who, although they sometimes do look at each other when they converse ‘informally’ on air, deliver most of their content by talking directly to the viewer (unless they happen to be doing ‘in-studio’ interviews and chats with ‘guests’, which are the only situations where the anchor is not expected to look at the camera).

Even if you know all about this kind of sophisticated artifice, TV news presentation is usually immersive and unobtrusive enough not to bother you unless the news anchor is saying something that seems to you to be unreasonable, and then, as if by magic, the spell is broken, and you will at least momentarily find that the whole setup seems entirely unconvincing and irritatingly contrived.

So is the ‘theatrical’ model of the TV anchor going to become yesterday’s news?

What would a newsroom look like if those responsible for presenting the news were not having to ‘put on a show’?

My guess would be that it would look like people having real conversations.

Sure, you could still fake that, but then I think that the key question is this: why would you need to?