> Technology > Web & Consumer Tech > Should the Oculus $2 billion have gone to this man instead? 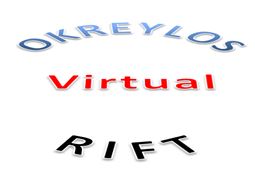 Never heard of Oliver Kreylos? You will.

I know, I used that very same subhead when I first wrote about him in 2010. I’m still convinced.

What I’m going to attempt in this article is to show how close this legendary VR practitioner came to coming up with the Rift (and what ultimately prevented him from spotting the opportunity).

I’m going to need to draw together a few somewhat separate threads, so you are going to have to be patient with just a bit of apparent digression, but don’t worry, it’s quite a short story.

Kreylos’s legendary Kinect episode pre-dates the advent of the Rift by over a year.

The reason he repurposed the Kinect (or rather, the reason he was able to) was because he was already working on projects which make use of VR.

It turns out that what the Oculus Rift is intended to be, which is a consumer product, looks like it would need something much more akin to the peculiar circumstances that led to Palmer Luckey and John Carmack doing a KickStarter.

Mass market consumer tech is a low price, high volume target market, something which does not naturally lend itself to high risk intensive investment in addressing unquantifiable technological challenges, especially when potential demand is just as unproven as the technology.

You need ambitions which envisage satisfying a widespread craving for a certain kind of in-home experience: I’m not sure a university chap like Kreylos is driven by any such ambitions, but you never know… There’s a page on Kreylos’s site called ‘low cost VR’

He’s a ‘science data visualisation guy’, who ends up being given (and achieves spectacular results with) the job of visualising such things as ‘point clouds’ which are gathered in laser scanning exercises on science research projects.

One of the tools that you can end up using and/or developing when you want to do this kind of work is VR (but not necessarily VR of the head mounted variety).

There are still no consumer head-mounted VR products available yet (but then of course there’s that little race to bring out the first one).

But this doesn’t mean that you can’t get hold of head-mounted VR at ‘beyond-consumer affordability’ for a science lab, at scary science lab prices.

Oliver works in a science lab at UC Davis, so he can get (or build) whatever kit he succeeds in obtaining funding for, at any cost, up to millions.

Now it turns out that one of the things that VR can use (that other applications don’t) is motion tracking, where body movements can be used to update the display of a user’s viewpoint in a virtual scene, in real time.

As a relevant aside, just in case all the demos that you have ever been shown of ‘pre-Oculus Rift VR’ have been extremely primitive (usually in order to illustrate just how much of a quantum leap the Rift represents) here’s an example (which I also used in my initial article on Kreylos in 2010) of him doing a pre-Oculus VR demo that is pretty darned impressive: he’s hand-crafting a giant 3D molecule out of individual carbon atoms (and this time he is using a head mounted display).

Kinect is a device that is designed to do body movement tracking that feeds back to update a display in real-time, just not necessarily for VR purposes and it definitely doesn’t come with a head mounted display.

Kreylos’s setup in the first video enabled you to create a low-cost VR (but not a head mounted display-based one) using a Kinect.

Big deal, you might say, John Carmack’s epiphany (the one that set him on the path towards the Rift) was that something huge that had been holding back head-mounted VR was that nobody had got rid of VR motion sickness because nobody had optimised VR software to eliminate lag, and it’s lag which causes motion sickness.

Carmack, whose strongest engineering talents include ‘improvisational optimisation’ (just like Jeri Ellsworth and Steve Wozniak: I would have no hesitation in adding Oliver Kreylos to this select little group) knew instinctively that he would somehow be able to find ways and means of getting the lag down to bearable levels, which would ultimately pave the way for creating an affordable, motion sickness free, consumer VR platform.

BUT watching the the video below was where I just yesterday discovered that Kreylos is one of those fortunate individuals who doesn’t suffer from motion sickness from VR.

Kreylos was demonstrating the implementation of a newly discovered feature which has been shown to reduce VR motion sickness and he happened to mention that he did not actually need to implement this feature for himself because he doesn’t suffer from VR motion sickness, a fact which also goes some way towards perhaps explaining why he might have been working successfully with pre-Oculus and thus ‘pre-non-motion sickness-intensive VR’ in the first place.

This means that if he HAD suffered from motion sickness, it’s just possible that Kreylos would have instantly spotted that lag was causing it and he would have made an effort to get rid of it by optimising the software (and for all we know he would have been potentially in a position to do so because, just like Carmack, he would be working with relevant software that he had written himself: Carmack writes 3D games that might benefit from VR, Kreylos writes 3D user interface software that already uses VR).

So this means that, years beforehand, if Kreylos had suffered from VR motion sickness, it’s not exactly impossible to imagine that he might now be a couple of billion better off.

As if this possibility wasn’t tantalizing enough, here’s yesterday’s posting from Kreylos’s blog:

“Someone at Oculus is Reading my Blog”

Here’s a leading scientist from Davis using something which looks like (because it has the same kind of visual artifacts) the non-head mounted technology that Kreylos put together in the first video, in order to present a real mission to Mars in 2011:

In case you’re wondering, yes, Kreylos has got a Rift and is developing software for it.

The other six: VR hardware projects funded on KickStarter

Is the 'point' of solar about to change?

Ending the nightmare of blurred vision for half a billion poor

Scientists, so impractical? The results are in: Commercial Targets: 0, Freedom: 1

What can you see at a trillion frames per second?

Neither side gets journalism now