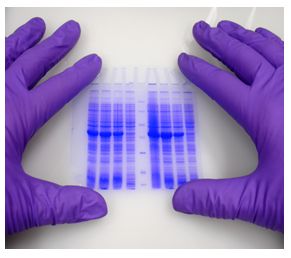 These issues are constantly in the news: the media never gives you enough background, but this video does that job and a great deal more

I spent what seemed like forever scouring the Web, watching video after video, trying to find the best online introduction to stem cells and regenerative medicine and this is it.

It’s impeccably clearly presented by Jill Helms of Stanford University in a format aimed directly at those among us who find all of these new developments intriguing but frustratingly inaccessible due to either unintelligible jargon or patronising over-simplification.

She introduces every new term and concept in plain English as she goes through each of the extraordinary discoveries one at a time.

If you want to watch it, you’ll need to brace yourself for a long, breathtakingly exciting, roller-coaster ride through the unimaginably improbable series of revolutionary breakthroughs that there have been in these disciplines, many of which were as much due to luck as they were to hard work and brilliant insights, some of which have only very recently been announced and most of whose implications are still barely understood.

What happens when scientists make so many discoveries that they run out of serious-sounding names?

You will hear all about Sonic Hedgehog genes and proteins (and if that name doesn’t sound frivolous enough, there are even ones called Tiggywinkle)

Professor Jill Helms is based at the Stanford School of Medicine,

Here’s what she says about her work (don’t worry, all the unfamiliar technical terms used below are explained in the video!):

“Every adult tissue harbors stem cells, which potentially could be used to regenerate damaged or diseased tissues.

In my laboratory, one of our goals is to understand the regulatory pathways that control stem cell self-renewal, proliferation, and differentiation.

We have focused on two signaling pathways whose activities seem to be an essential feature of tissue healing.

Wnts and Hedgehog proteins [yes, as I said, this jargon will obviously all sound like gibberish to the uninitiated until she puts in to context: watch the video!] are both lipid-modified growth factors that have well documented and essential roles in embryonic development.

We have found that both pathways are active during the repair of bones, muscle, skin, heart, brain, and retina, and that repair of most or all of these tissues is impeded when these two pathways are blocked.

We have developed a novel packaging method whereby the biological activity of lipidated Wnt and Hedgehog proteins can be preserved in the in vivo wound environment.

Using these and other tools developed by our collaborator Roel Nusse, we have embarked on experiments to first understand the mechanisms of action of these growth factors in the healing wound, and second, to use this information in biomimetic strategies to accelerate tissue repair.“

As well as the work described above, she is also actively involved in the teaching of both craniofacial and stem cell biology.

Prior to Stanford, she spent 8 years at the University of California at San Francisco, where she was the Director of the Molecular and Cellular Biology Laboratory in the Department of Orthopaedic Surgery.

This video is in a series offered as part of the Stanford Mini Med School.

This particular item in the series is part of the “Dynamics of human health” set of videos.

Who is todays greatest innovation visionary?