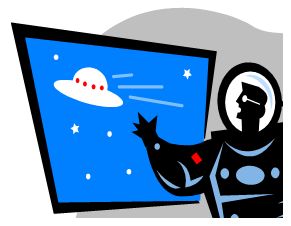 First, watch him recently blowing the minds a bunch of iPhone fanboys. In the next video, watch him doing exactly the same thing a few years earlier to an audience at NASA, simply by explaining how he found his own real-life space exploration endeavours to be less complicated than writing video games.

Still not a Carmack fan?

For the uninitiated, here is the announcement of yet another award for the man:

We feel it is worthwhile to present it at length here because it covers matters relevant to this story and that if you are interested, you might find these details useful

Because we recognise that it’s not common practice elsewhere to include more than a small fragment of a press release in an independently written article, we’d like to make a point of reminding you to take the declared and implicit interests of the source of any such release into account when considering its content

The 2010 Game Developers Choice Awards, the highest honors in video game development, will bestow John Carmack, the technological patriarch and co-founder of id Software, with the Lifetime Achievement Award for his contributions to the art and science of games.

The Lifetime Achievement Award recognizes the career and achievements of developers who have made an indelible impact on the craft of game development, as Carmack has done for his more than two decades of groundbreaking technical contributions, and his role establishing the first-person shooter genre with landmark titles like Doom and Quake.

Former Game Developers Choice Lifetime Achievement Award recipients include Sid Meier, Shigeru Miyamoto, Will Wright – who will be presenting the award to Carmack at the ceremony on March 11, 2010 during Game Developers Conference 2010 in San Francisco – and other legendary game creators.

John Carmack and his team at id Software, the company he co-founded in 1991, pioneered real-time 3D graphics in game, setting the pace and the standard for other developers to follow.

Carmack and his colleagues at id are credited with essentially creating the modern-day first-person shooter (FPS) genre with the PC game Wolfenstein 3D in 1992, and helping to popularize networked multiplayer gaming on PCs with the release of Doom in 1993.

id has gone on to create other major FPS and action game franchises such as Quake, and Carmack and id Software are currently in development of a number of projects, including the free-to-play, web-based title Quake Live, the upcoming new franchise RAGE, and DOOM 4.

As a largely self-taught technology purist, Carmack has devoted himself to pushing the limits of hardware and software.

He’s helped to set the technical and gameplay standard for modern 3D gaming – and in the process, created some of the most popular video game franchises in history, which is why he’s being honored by the Game Developers Choice Awards this year.

“It’s no exaggeration to say that John Carmack and id Software have had a monumental influence on all modern 3D games, but especially the first-person shooter genre,” says Meggan Scavio, Event Director of GDC.

“John is one of the key figures in the history of video games, and we’re delighted to be giving him the Lifetime Achievement award this year.”

Alongside this announcement, Awards organizers are delighted to reveal that Warren Spector will be hosting the Game Developers Choice Awards this year.

Spector follows in the footsteps of previous much-loved figures who hosted past Awards such as Double Fine’s Tim Schafer and Naughty Dog co-founder Jason Rubin.

Spector has been developing role-playing and computer games for over 20 years, working at seminal studios such as Origin Systems and Looking Glass Studios, where he produced System Shock.

He then oversaw development of Deus Ex: Invisible War and Thief: Deadly Shadows.

Spector founded Austin’s Junction Point in 2005, and the now Disney-owned studio is working on the much awaited Wii™ title Disney Epic Mickey.

For further information about the Choice Awards, please visit www.gamechoiceawards.com.

For further information about GDC and to register for attendance, please visit www.gdconf.com.

About the UBM TechWeb Game Network

About UBM TechWeb, a division of United Business Media

UBM TechWeb, the global leader in technology media and professional information, enables people and organizations to harness the transformative power of technology.

Through its core businesses – media solutions, marketing services and professional information – UBM TechWeb produces the most respected and consumed brands, applications and services in the technology market.

UBM TechWeb is part of UBM, a global provider of media and information services for professional B2B communities and markets.

And more recently, a different kind of award, this time for Carmack’s Armadillo Aerospace:

The awards will allow the two companies to perform test flights of their experimental vehicles near the edge of space.

The flights will demonstrate the capabilities of new vehicles to provide recoverable launch and testing of small payloads going to “near-space,” the region of Earth’s atmosphere between 65,000 and 350,000 feet.

The CRuSR program fosters the development of commercial reusable transportation to near space.

The overall goal of the program is regular, frequent and predictable access to near-space at a reasonable cost with easy recovery of intact payloads.

“These two awards are just the beginning of an innovative teaming relationship with industry to provide affordable access to the edge of space while evaluating the microgravity environment for future science and technology experiments,” said NASA Chief Technologist Bobby Braun at NASA Headquarters in Washington.

“CRuSR represents the sort of government-commercial partnership that will facilitate near-space access at affordable costs.”

The CRuSR awards will fund two flights this fall and one this winter of Armadillo’s Super-Mod vehicle from Spaceport America in New Mexico.

The Masten Space Systems’ Xaero vehicle will make four flights this winter from the Mojave Spaceport in California.

Two flights will reach an altitude of approximately three miles and two others will be to approximately 18 miles, with an engine shutdown during flight.

Both launch vehicles will be modified to mount three antennas for the Automatic Dependent Surveillance-Broadcast (ADS-B) payload.

The vehicles can periodically broadcast position data and other relevant information to ground stations and other similarly equipped aircraft.

In NASA’s fiscal 2011 Space Technology Program, CRuSR will become an integral part of the Flight Opportunities Program within the Office of the Chief Technologist.