> Global View > UK > What is “pull” education and why does it matter? 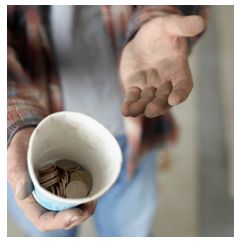 What is “pull” education and why does it matter?

Compulsory curriculum teaching (“push”) works for those who don’t need to be pushed very hard: for the remaining billions on the planet, it’s often just too expensive to push

Although the presenter does a highly creditable job of drawing our attention to the problems, his coverage of the solutions leaves you seriously wanting more detail. But it’s still an important video to watch.

His argument for the future of education being based upon attraction rather than compulsion is a convincing one, ultimately because his examples of poverty-induced push-based educational hopelessness are all too credible, yet merely identifying instances of successful pull-based solutions is no substitute for giving us memorable examples of them in action.

Here is some biographical detail about Charles Leadbeater from his Wikipedia page:

He is a British author and former advisor to Tony Blair.

He first came to widespread notice in the 1980s as a regular contributor to the magazineMarxism Today. Later he was Industrial Editor and Tokyo Bureau Chief at the Financial Times.

While working at The Independent in the 1990s, he devised Bridget Jones’s Diary(originally a column) with Helen Fielding. He worked on social entrepreneurship, publishing The Rise of the Social Entrepreneur in 1997.

He advised the British government on matters of the Internet and the knowledge-driven economy. His most recent book, We-think, explores the new phenomenon of mass creativity exemplified by web sites such as YouTube, Wikipedia and MySpace.

The book, which in a preliminary version is open to public criticism and revision, argues that participation, rather than consumption or production, will be the key organizing idea of future society.

Here are some details about TED (taken from their website):

TED is a nonprofit organization devoted to ‘Ideas Worth Spreading’.

Started as a four-day conference in California 25 years ago, TED has grown to support those world-changing ideas with multiple initiatives.

At TED, the world’s leading thinkers and doers are asked to give the talk of their lives in 18 minutes. Talks are then made available, free, at TED.com.

Two major TED events are held each year: The TED Conference takes place every spring inLong Beach, California (along with the simulcast conference, TEDActive, in Palm Springs), and TEDGlobal is held each summer in Oxford, UK.

TED’s media initiatives include TED.com, where new TEDTalks videos are posted daily, and the Open Translation Project, which allows any TEDTalk to be translated into any language by volunteers worldwide.

TED has also established the annual TED Prize, where exceptional individuals win “one wish to change the world”; TEDx, which supports individuals and groups in hosting local, self-organized TED-style events around the world; and the TED Fellows program, helping world-changing innovators from around the globe to become part of the TED community and amplify the impact of their remarkable projects and activities.