> Global View > The Americas > No potential startup founder left behind 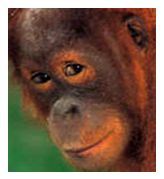 It looks like the enviable track record of startup accelerators like TechStars and Y Combinator derives from identifying something you might call ‘Foundational Capability’ as the basis for startup success, but there is a dark side

What about someone with ‘latent founder potential’, minus an amazing idea, or minus startup experience, or a minus a burning passion to start a new business: are we so certain that this possibility is something we can safely ignore?

They might be a highly educated or highly experienced professional, a teacher, maybe even a professor: how sure are we that just because they haven’t worked in a discipline which has strong connections to business, science or technology, or anything else which makes them think of themselves as a ‘potential entrepreneur’ that the founder community would be better off without them?

If we are convinced that our economic future is bound up with startups led by founders with proven foundational capability, innovators with the capacity to turn ideas into new things that people really want and into the numerous development, production and support jobs that might result from large enough numbers of people wanting those things, then perhaps we should be keen to make sure that ‘the realisation of latent founder potential’ is not exclusively dependent upon the current startup accelerator model, as wonderful as it undoubtedly is.

Why not? Because, in the context of the kind of latency I described above, accelerators are very exclusive and in this context, surprisingly risk averse.

The very selectivity which helps accelerators achieve their success rates may be something which is preventing the true potential of the rest of the ‘prospective startup constituency’ from being realised.

For all the high risk associated with startups, the accelerators have successfully found ways to reduce that risk, such that the failure rates of their accelerated alumni have dropped to levels almost approaching those of more conventional enterprises.

Perhaps, in the light of the accelerators’ discoveries of promising startup founders on the coastal islands of the uncharted innovator ocean, new pioneers venturing further offshore may need to think of new ways to recognise, approach and engage with more exotic ‘potential entrepreneurial life-forms’, strange and unfamiliar creatures who look nothing like startup founders and, even more disconcertingly, do not entertain the landing party with the kinds of courtship rituals and mating customs that current founder-finders have come to expect.

Sustainable design, but not as we know it?