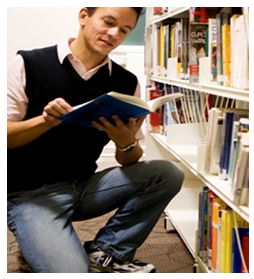 What is the range of subject matter in our ‘spring collection’ of (weighty and in some cases expensive) Social Media volumes? Culture, storytelling, journalism, transmedia, immersion, law, enterprise, strategy, teaching, meaning, creativity, identity, invention and belonging

It will be interesting, with our next forward-looking selection (this is our first in this particular innovation topic, whose next top twenty compilation will probably not be released before June) to see if there is any deviation in quality and diversity from the impressive standard below.

(1) Marketing Communications: Integrating Offline and Online with Social Media by PR Smith and Ze Zook. Published in Paperback – 3 May 2011

(2) Bloggerati, Twitterati: How Blogs and Twitter are Transforming Popular Culture by Mary Cross. Published in Hardcover – May 2011

(5) The Art of Immersion: How the Digital Generation is Remaking Hollywood, Madison Avenue and the Way We Tell Stories: Entertainment in a Connected World by Frank Rose. Published in Hardcover – 1 Apr 2011

(7) Game On: Energize Your Business with Social Media Games by Jon Radoff. Published in Paperback – 29 Mar 2011

(8) The Ethics of Emerging Media: Information, Social Norms, and New Media Technology by Kathleen M. German and Bruce Drushel. Published in Paperback – 19 May 2011

(11) Social Media for Lawyers: The Next Frontier by Carolyn Elefant and Nicole Black. Published in Paperback – 16 Mar 2011

(12) The Executive’s Guide to Enterprise Social Media Strategy: How Social Networks Are Radically Transforming Your Business (Wiley and SAS Business Series) by Mike Barlow and David B. Thomas. Published in Hardcover – 14 Mar 2011

(15) Making is Connecting: The Social Meaning of Creativity, from DIY and Knitting to YouTube and Web 2.0 by David Gauntlett. Published in Paperback – 4 Mar 2011

(18) After the Media: Culture and Identity in the 21st Century by Peter Bennett, Alex Kendall and Julian McDougall. Published in Paperback – 12 May 2011

Makers: isn’t it time to embrace and extend?