> Technology > Web & Consumer Tech > The angel scene: how much has changed since September? 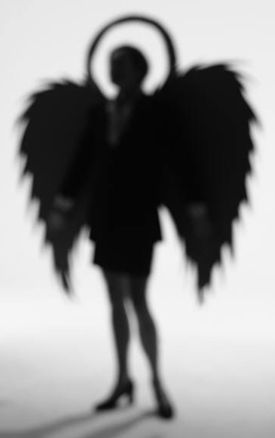 The angel scene: how much has changed since September?

You’ll probably scrutinise ‘angel disruptus maximus’ Naval Ravikant’s latest video much more thoroughly than I have, just to see how his predictions have changed since the last talk of his that we covered

We posted our coverage of that last talk (given by Naval at Capital Factory in September 2010) about four months after he gave it, but this time the event happened only five days ago. The first person you’ll see in the video is Jonathan Nelson from Hackers and Founders

As an illustration of the extent to which this talk takes account of the major new phenomena appearing on the Silicon Valley angel investment scene since September, some slides do look similar to last time, but he’s now ‘factoring in’ the ramifications of events such as Yuri Milner‘s earth-shaking decision to offer $150,000 to every single new Y Combinator startup.

The talk, entitled ‘Hack your funding’ was hosted by Microsoft at their campus in Mountain View, California on March the 17th, 2011

Ok, so much for the normal, ‘just very relevant and essential watching’ videos.

It’s time to return to the ‘great innovation videos which have something unbelievably bad about them’ department.

If you’re an iij regular, you’ll probably be aware that the intrepid iij video curation department is really, really good at finding these. World class, in fact.

The strange thing is that we manage to find ones with unexpectedly different things wrong with them, and this little gem is no exception.

It’s not random or frivolous, and it’s highly relevant and quite complementary to the video above.

The video below is another meeting of Hackers and Founders.

This one gets off to a very confusing start.

There’s no sound for the first 19 seconds and for some unknown reason, you find yourself looking around the side of someone’s trousers.

Then the announcer tells the people in the kitchen next door to be quiet.

With a title like: ‘Demystifying PR for Startups: Identifying Your Target Message and Your Reporter’ combined with the fact that it was organised by the group that was able to procure Naval Ravikant as a speaker, you know it is going to have plenty of interesting content.

But nonetheless, the ‘stop motion’ feel of the video will take some serious getting used to.

It was held at Dogpatch labs in New York on November the 17th, 2010

Do you know the 12 Principles of Green Chemistry?

Need to recover from ‘startup overreach’?

8716
'How to', Global View, Innovation & Strategic, Perspective, The Americas, UK