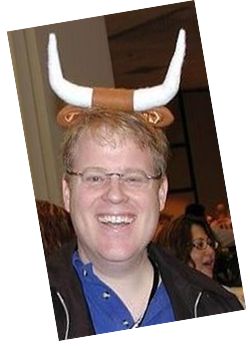 What nobody has bothered to do, is to make these OS layers work together seamlessly, simply because until now, our idea of seamlessness in this context was ‘they just work together’. The user would either know nothing about which ‘OS within an OS’ they were in (nobody cares whether or not Flash is being used, unless it doesn’t run on their kit) or they would just get used to the differences (e.g., doing things differently in the browser to the way you do them on the desktop or in a desktop app).

If I’m using this ‘combined annotation and social integration layer’ where everything is inside the browser (e.g., I’m using Google Docs and Gmail) I only need to be ‘two OS layers deep’. If I want to be able to do it with Office, I’m going to need to be running my ‘lens’ at the desktop level too.

We’ve been asking whether FaceBook is the OS of tomorrow, but what if ‘social’ doesn’t turn out to be social enough without ‘deep annotation’, once enough people have tried it and found that they can’t live without it? What if Facebook’s ‘Real Identity’ imperative undermines the ability of any competing annotation layer that they develop to provide the ‘missing seamlessness’ across desktop, Office, mobile and browser that potentially ‘identity-agnostic’ Adobe’s (investee Scrybe‘s) Convofy offers?

The angel scene: how much has changed since September?

Emotion: the new weapon of choice for experience designers?

VR platform incompatibility: what if it doesn’t matter?