> Global View > UK > One million electric vehicles: is this video the trailer? 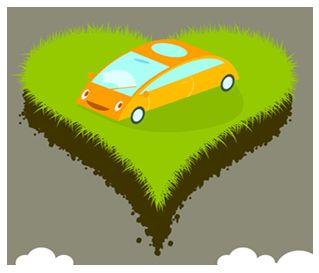 Does this talk, four months before the announcement offer the best insight into the thinking behind it?

Here’s an extract from the news release about the announcement:

One Million Electric Vehicles by 2015 (PDF, 220KB, 11 pages) details DOE investments in electric vehicle infrastructure, research and development, and demonstration projects nationwide that are laying the groundwork for achieving the President’s goal.  These projects include support for nearly 50 manufacturing facilities and demonstration projects nationwide.

These efforts are helping to reduce the costs of advanced batteries and electric vehicles and gathering real-world data for consumers and local communities that will inform future deployment efforts. The Department’s analysis of the current market outlook indicates that manufacturers are planning to produce in the range of one million electric vehicles by 2015.

While industry-wide, manufacturing capacity is not likely to be the limiting factor in reaching the President’s goal, additional policy steps are needed to further drive innovation, reduce costs, and spur consumer demand. The Obama Administration is proposing a three-part strategy that supports electric vehicle manufacturing and adoption through improvements to tax credits in current law, investments in research and development (R&D), and a new competitive program to encourage communities to invest in electric vehicle infrastructure.  This plan will drive demand and position the United States as a global leader in manufacturing and deploying next-generation vehicle technologies.

The video was from a session called Electric Vehicles 101

It was given at an event entitled: GreenGov Symposium

The event was presented by The White House Council on Environmental Quality and hosted by The George Washington University on October 5-7, 2010

The speakers on the panel were:

What did the budget do for UK innovation investors?