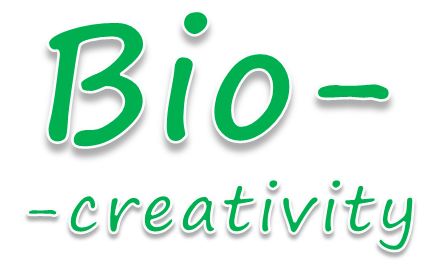 What’s happening to bioengineering, in the ‘post-life-synthesis-announcement’ era?

The more successful we become at decoding the ancient melodies of protein biology, the clearer it becomes that the talents of the composer will be needed, in order to orchestrate exciting new material using the primordial instruments we unearth

Here’s an extract from a press release from the US National Academy of Engineering, who in January 2011 awarded Frances Arnold its most prestigious prize:

— a $500,000 annual award that honors engineers whose accomplishments have significantly benefited society — “for directed evolution, a method used worldwide for engineering novel enzymes and biocatalytic processes for pharmaceutical and chemical products.”

“Arnold and Stemmer’s joint development of directed protein evolution was a milestone in biological research,  It is impossible to overstate the impact of their discoveries for science, technology, and society; nearly every industrial product and application involving proteins relies on directed evolution.”

“The NAE is delighted to honor these awardees,” said NAE president Charles Vest.

“Their contributions as engineers have advanced health and quality of life in the U.S. and around the world, and have enhanced the education of future engineering leaders.

Recognizing these outstanding engineers not only rewards great accomplishments but also shines a light on the importance of work that may inspire others to build on their achievements.”

Frances H. Arnold and Willem P.C. Stemmer individually contributed to a process called “directed evolution,” which allows researchers to guide the creation of certain properties in proteins and cells.

The process is used today in laboratories around the world.

At the heart of directed evolution is the concept that the mutation and selection processes that occur in nature can be vastly accelerated in the laboratory to obtain specific, targeted improvements in the function of single proteins and multiprotein pathways.

Arnold showed that randomly mutating genes of a targeted protein, especially enzymes, would result in some new proteins having more desirable traits than they did before the mutation.

She selected the best proteins and repeated this process multiple times, essentially directing the evolution of the proteins until they had properties desirable for a particular use.

Taking his cues from traditional breeding of plants and animals, Stemmer focused on a different natural process for creating diversity, concentrating on the recombination of pre-existing natural diversity, which he called “DNA shuffling.”

Instead of causing random mutations, he shuffled the same gene from diverse but related species to create clones that were as good as or better than the parental genes in a given targeted property.

One of the most important aspects of directed evolution is that it allows for a practical and cost-effective way for improving protein function.

Previous efforts, particularly those involving a design based on the structures of enzymes and the predicted effects of mutations, were often not successful.

They were poor at improving the sought-after complex combinations of properties and were labor- and cost-intensive.

Both techniques — and several variants — are in wide use, impacting the fields of engineering, chemistry, and biochemistry.

Directed evolution has been used to find solutions in such areas as food ingredients, pharmaceuticals, toxicology, agricultural products, gene delivery systems, laundry aids, and biofuels, among others.

“Arnold and Stemmer’s joint development of directed protein evolution was a milestone in biological research,” said George Georgiou, a professor at the University of Texas at Austin.

“It is impossible to overstate the impact of their discoveries for science, technology, and society; nearly every industrial product and application involving proteins relies on directed evolution.”

Arnold is the Dick and Barbara Dickinson Professor of Chemical Engineering and Biochemistry at the California Institute of Technology.

Here’s an interview with Frances, not long after she received the award: